Charli XCX and Lizzo are two of the most confident, fierce, and inspiring queens in music. After taking over in lanes of their own, the two unapologetically authentic stars came together for a collab that will change music forever. 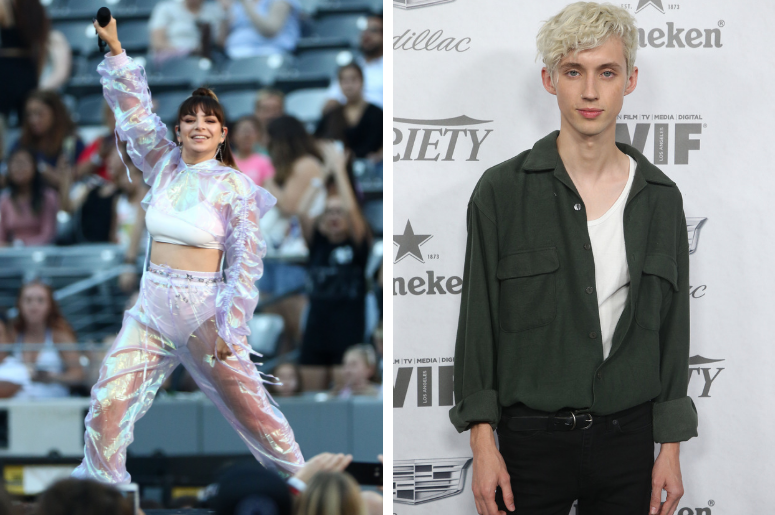 Are we just being dramatic here? Absolutely not!

Teasing for the brand new “Blame It On Your Love” began when the two shared a photo together to Twitter. “IMAGINE IF I MADE A SONG WITH @LIZZO AKA THE QUEEN OF EVERYTHING - WOULD U DIE???” Charli wrote in a fit of excitement.

💓💗✨ IMAGINE IF I MADE A SONG WITH @LIZZO AKA THE QUEEN OF EVERYTHING - WOULD U DIE??? I WOULD DIEEEEEEEE!!! PREP MY GRAVE ASAP WE GOT A BOP COMING THIS WEEK. ✨💗💓 pic.twitter.com/4qO2lnXpId

TEEHEE 💅🏼 RT IF U AGREE 💘 BLAME IT ON YOUR LOVE FEATURING @LIZZO DROPS TOMORROW ANGELS!!! 💌 pic.twitter.com/XPjc1sQtZA

The song came even sooner than expected as the two teamed up to officially save pop on May 15. “Blame It On Your Love” is an upbeat and dancey jam about having fun, letting loose, and being changed by love.

Listen to the new track in the video above.

Along with the new song, Charli XCX is teaming up with “1999” collaborator and good friend Troye Sivan to curate a festival in Los Angeles. The pride festival takes place on June 6 and will celebrate LGBTQ artistry.

“A new kind of pride festival curated by me n @charli_xcx that celebrates the inclusivity, artistry, music, kinks, merchants, and creativity of the LGBTQ community, while really giving back to our community,” Troye wrote after the announcement on Twitter.

🚨🔨🚨
GO WEST FEST
JUNE 6 LOS ANGELES
GO WEST FEST
🚨🔨🚨
Been working on this for months and I’m soooooo stoked to share this with you - introducing GO WEST FEST ⛓🧯 pic.twitter.com/k8SSAvn46H