The 2019 CMT Music Awards are just hours away. The awards show is like the MTV VMAs of country music and has been honoring the best visuals of the genre for the past 18 years. With stacked nominations and performances from the biggest names in country, the annual ceremony is gearing up to be a huge one.

Little Big Town will host the awards show from Nashville’s Bridgestone Arena for the second time in a row. Little Big Town is taking on double duties as performers alongside a performance list that includes Carrie Underwood, Luke Bryan, Keith Urban, and many more.

Prepare for tonight’s (June 5) award show with everything you need to know below. 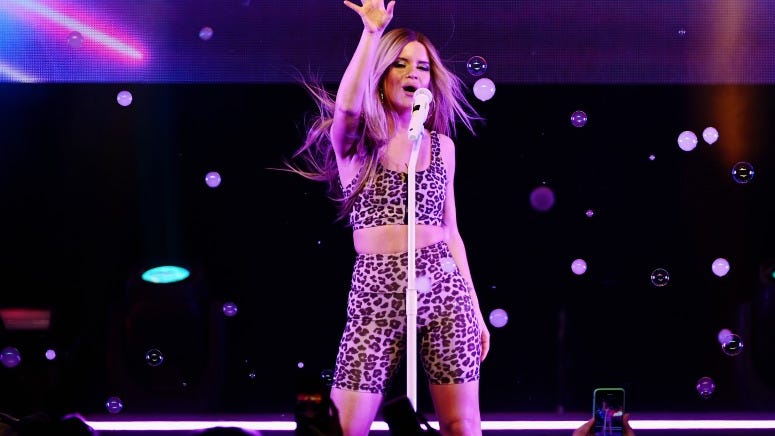 The 2019 CMT Awards will air live from Nashville’s Bridgestone Arena at 8PM EST.

No Cable: Hulu + Live TV offers the CMT channel (and has a 7-day free trial!)

Country heavy-hitters Luke Bryan, Carrie Underwood, Luke Combs, Keith Urban, and Little Big Town are just a few of the performers set for the longest list they’ve had to date. Along with our usual favorites, genre-crossing performances from Maren Morris and Sheryl Crow, Brett Young with Boyz II Men, and Thomas Rhett with Little Big Town and Trombone Shorty are set.

Toby Keith, Trisha Yearwood, Michael Ray, Lindsay Ell, Brantley Gilbert, Carley Pearce, and Midland are just a few of the names in the star-studded list of presenters. Along with country stars, actors such as Modern Family’s Sarah Hyland and This is Us’ Chris Sullivan will also introduce performers or present awards.

The Finalists for Video of The Year

Video Of The Year is the biggest category at the CMT Awards. After allowing fans to vote on 12 initial nominees, the pool has been narrowed down to five finalists. Voting the category is still open. Tweet using #CMTawards and one of the hashtags listed below to get your last-minute pick in.

A tie with three nominations each has Miranda Lambert, Brothers Osborne, Maren Morris, and Zac Brown Band leading the list. Along with the heavy hitters, newer stars such as Kane Brown, Luke Combs, Dan + Shay, and Maddie & Tae also made the cut. Meghan Trainor, Shawn Mendes, Julia Michaels, and Taylor Swift top the appearances by names outside of the country genre.

The winners of the CMT awards are chosen by fans. Voting for most categories closed on June 4, but the biggest award of the year is still up for grabs. Click here to make your pick for one of the Video Of The Year finalists, or Tweet using the hashtags listed above.