Bryce Vine is quickly picking up steam with his latest single “La La Land,” recently earning a spot as pop radio’s most-added song and keeping momentum from smash hit “Drew Barrymore” going. With a genre-bending sound that’s sprinkled with his charm and vibrance, Bryce has all the makings of a star.

What else do the two songs have in common? JP Clark. 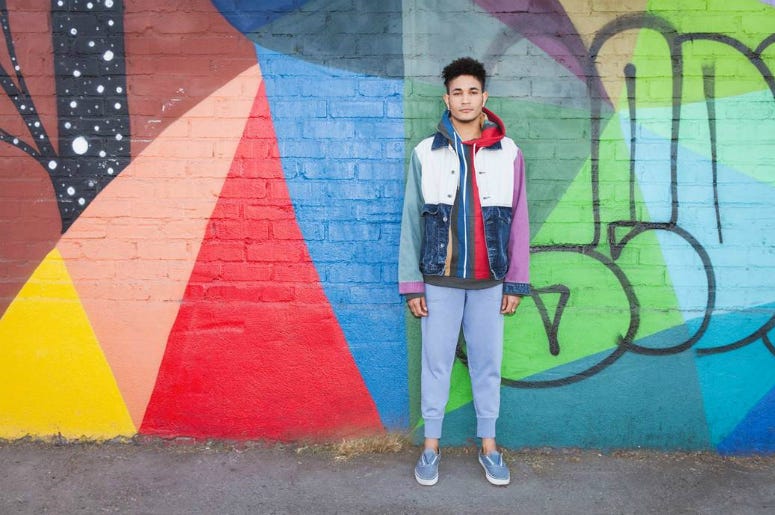 “Working with Bryce doesn’t really feel like work,” artist & songwriter JP Clark opens of the perfect match. From laying down instrumentals to effortlessly writing verses, JP has played a key role in bringing two of Bryce's biggest hits to life. “As cliché as it sounds, we’re having a really good time writing songs right now. I think some if it has to do with two different sounding voices and styles of writing, but together they seem to blend really well.  Probably doesn’t hurt that he’s super talented and full of ideas.”

Their laid-back and positive personalities combine seamlessly to produce what every aspiring songwriter hopes for. The LA-influenced tracks come from an authentic place, diving into the lifestyles that surround them through a writing process fueled by a go-with-the-flow style attitude. “I just remember rapping nonsensical words at each other and eventually some of them started making sense,” JP revisits of joining Bryce towards the end of the “Drew Barrymore” writing process.

Bryce and JP’s relationship continued onto the road when JP's new band, 7715, notched an opening slot on Bryce's The Headline Tour. “The Bryce tour was great because it gave us a window into what the band is really capable of,” JP explains of the four-piece’s first-ever tour. “It was dope to see the live show come together organically and watch the band exist outside of our house.”

“I had kinda given up on the idea of being an artist until 7715 came around,” he expresses of a trajectory that’s taken him through a collection of different projects before landing him exactly where he belongs.

“Young & Divine was my first band. We had a nice little run that really showed me what the music business was beyond just being in a band. I started working with a band on Hollywood Records called Allstar Weekend right around the end of Y&D and got my first major outside writing single with a song called “Not Your Birthday.” His momentum continued with writing credits for American Idol’s Kris Allen and Marc E. Bassy’s 2AM Club.

Along with earning huge milestones behind the scenes, JP’s 7715 has almost immediately built up a resume that anyone would be jealous of. “It started as 4 of us living in a crazy party house in North Hollywood and somehow, fast forward a year later, and we’re signed to RCA Records and working with dudes like Feldy and Travis Barker.”

Recording with producer John Feldmann (5 Seconds of Summer, Panic! at the Disco, Good Charlotte) and Blink-182’s Travis Barker is just the beginning of what’s already shaping up to be a huge year. “I think what’s different about 7715 and all the other artist things I’ve tried is for once I’m not trying and it seems to be working.  We just genuinely love making music and being in a band together.”

7715 is readying to release one song a month starting in April, following the Travis Barker-featuring "Find Someone" and vibey party jam "Week."