In 2016, Dallon Weekes and Ryan Seaman came together to create the perfect supergroup. I DONT KNOW HOW BUT THEY FOUND ME is the love child of the former Panic! At The Disco and Falling In Reverse members, bringing together their enigmatic personas under one incredibly long and loud band name. 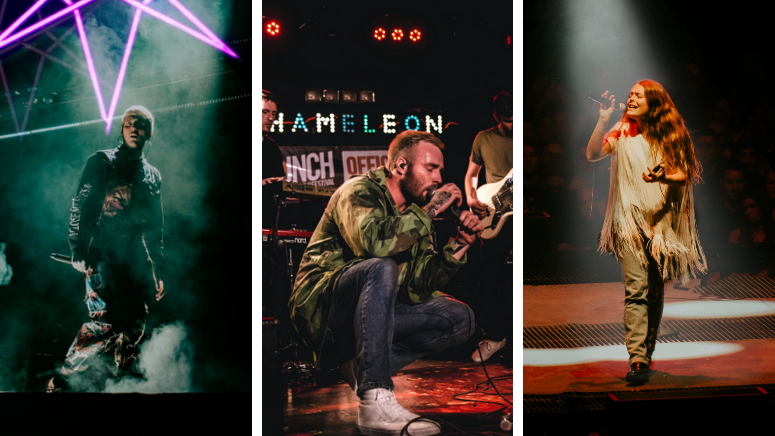 8 Emerging Alternative Songs You Should Be Listening To

Often shortened to iDKHOW, the Salt Lake City duo has found their way onto the top spot of “bands to watch” lists with just one EP release on their resume. A fuzzed-out sound gives a nostalgic feel heavily inspired by the ‘80s, allowing the two’s talents to shine with help from an eclectic mix of inspirations that spans from Oingo Boingo to David Bowie.

A combination of crooning vocals, leading bass, accenting claps, and groovy melodies? We’ll be here dancing to them all night long.

2017 release “Choke” continues to climb its way up the charts as their sleeper hit with huge potential, appearing as the lead single on 2018’s 1981 Extended Play.  As noted by Wikipedia, the track was originally released under “None You Jerk Records” (aka as independent artists) before the band received a well-deserved deal from Fearless Records. As the duo joins label alumni like Portugal. The Man and Mayday Parade, it’s safe to assume the self-described “act long forgotten” won’t be forgotten for much longer.

iDKHOW recently joined us to deliver two exclusive performances of 1981 Extended Play tracks. Watch an acoustic rendition of “Choke” in the video above, and watch “Social Climb” below.