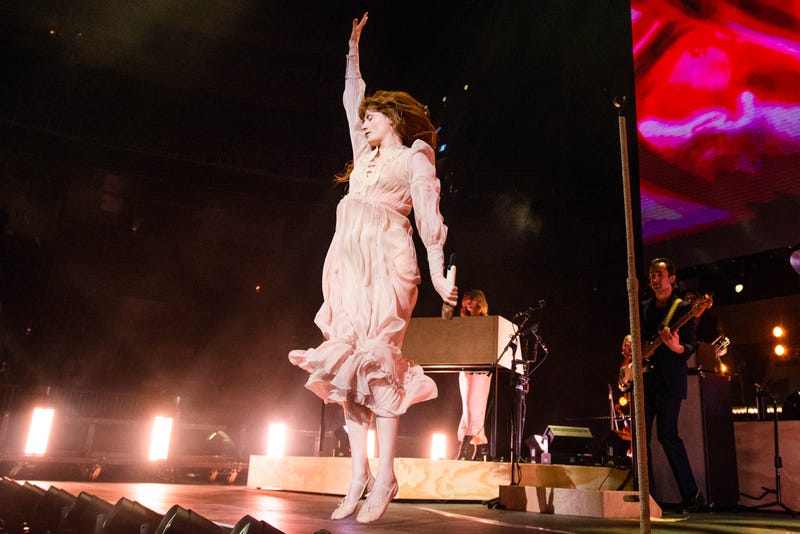 After live debuting “Moderation” on an Australian run, Florence + The Machine are back with the official release of two thunderous new singles.

Arena-ready track “Moderation” is a single that’s fierce and full of fire. Coming across as slightly more tame in the recorded version, the drum-heavy qualities present in its live debut are toned down in the studio release.

The passionate song leads into “Haunted House,” a brief track with songbird-like vocals from Florence Welch. Her whistling and airy voice sits over a piano and bass-filled beat.

Listen to the two new songs below.

The booming tracks mark the first release since 2018’s High As Hope. With such a short gaps between new music, it’s not clear whether the new releases mark a new era or will just appear on a deluxe version of the album.