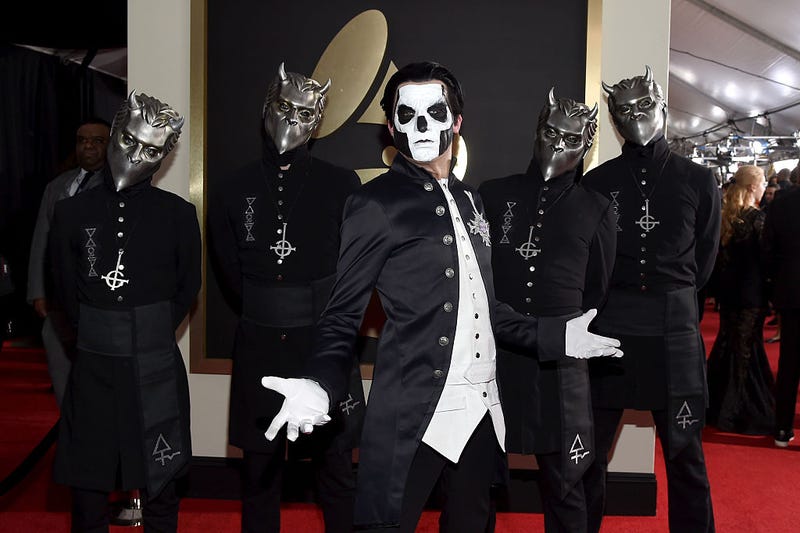 Swedish rockers Ghost are known for their theatrics, leading audiences in “rituals” dressed as Satanic priests and only appearing in horned masks or heavy face paint.

Despite their digestible music and toned-down metal, the band’s dark roots have landed them a controversial reputation… and a GRAMMY for Best Metal Performance. In a recent interview with Sacremento News & Review, frontman Tobias Forge looked to clear up some of the confusion surrounding his beliefs and practices.

After diving into his “apocalyptic perspective” and the band’s basis in nostalgic rock, Cardinal Copia discussed their labeling as “satanic rock music.”

“I want them to come to the show and have fun and feel good about themselves, and want to live their lives,” he explained, immediately breaking down preconceived notions of what someone associated with Satanism should be.

When asked if he’s a Satanist, he replied by explaining how, while he may not directly label himself one, many religious people likely would. “For lack of better way of putting it, I’m a devil-liking kind of guy. But … I wouldn’t sacrifice a baby to a half-ram that I believe to be living in the underground. … And I would never ever encourage anyone to do that.”