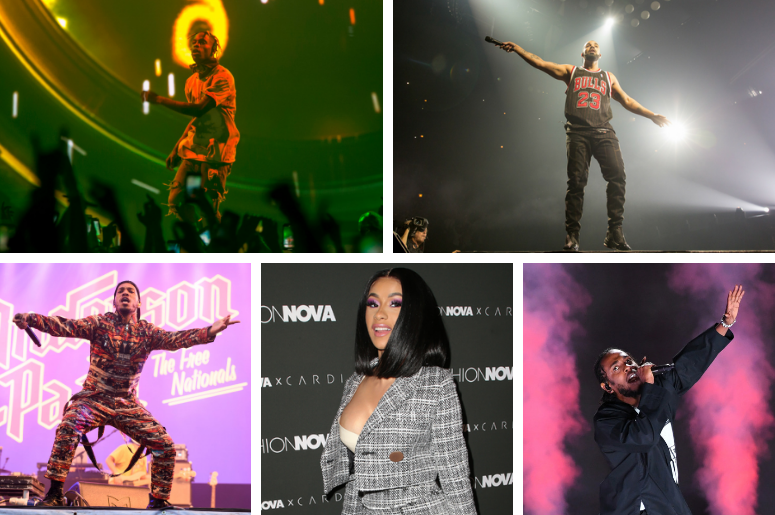 The 61st Annual GRAMMY Awards are giving nods to some of the biggest names in rap with the nominees for Best Rap Performance.

The category lists big newcomers like Anderson .Paak alongside Drake, a Hip Hop/R&B juggernaut that just finished 2018 as the biggest artist of the year. Here's a complete list of all the nominees:

Cardi B is debuting her name on the list of GRAMMY nominees in a huge way, receiving five total nominations that include the biggest titles of the year: Artist and Record of the Year. “Be Careful” is a laid-back single off of Invasion of Privacy that came as the third preview from one of the biggest albums of the year.

Drake is one of the few artists that surpasses Cardi in number of nominations at the 2019 GRAMMYs, clocking in seven nominations and competing in the top two categories of Album and Record of the Year. “Nice For What” is one of a slew of smash hit singles on Scorpion.

“King’s Dead” is a star-packed collab that brings hip-hop in one of its purest forms. The bass-heavy track appears on the Black Panther soundtrack, another contender for Album of the Year.

Anderson .Paak is one of the biggest breakthrough artists of the year, introducing himself to the world with the help of the Kendrick Lamar-assisted “Tints.” “Bubblin” marked one of his first singles of 2018, presenting a sound similar to Kendrick’s in a hard-hitting track accented by old-school (like ‘60s old-school) beats and strings.

“SICKO MODE” is one of the biggest songs of the year, taking over as one of the most non-traditional singles to make it to Top 40 radio. Switching between at least three different beats, the track maintains cohesion as the most successful off of Travis Scott’s ASTROWORLD.