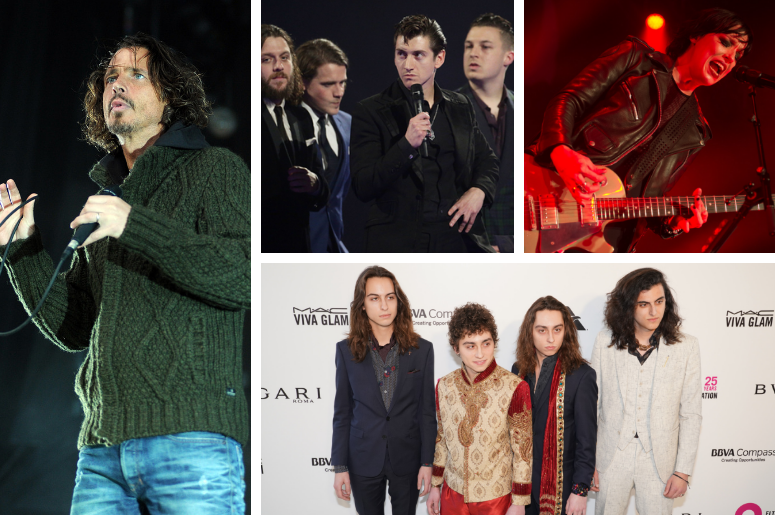 The Recording Academy is giving nods to everyone from rock titans to newcomers who are changing the genre with innovation and genre-pushing.

The nominees for the 61st Annual GRAMMY Awards' Best Rock Performance present some serious competition from artists being recognized for some of the biggest rock hits of the year.

ARCTIC MONKEYS - “Four Out Of Five”

The Arctic Monkeys shine in the 61st GRAMMYs with nominations in both the rock and alternative categories, proving their versatility and talent. “Four Out Of Five” is an electronic track featured on Tranquility Base Hotel & Casino that can only loosely be categorize as rock, but is fantastic nonetheless.

CHRIS CORNELL - “When Bad Does Good”

The legendary Chris Cornell is being honored with a nod to the hauntingly beautiful “When Bad Does Good.” Released on a posthumous collection that spanned his extensive career in Soundgarden, Temple of the Dog, Audioslave, and as a solo artists, the nomination comes as his 16th across all projects.

THE FEVER 333 is a genre-bending supergroup that’s blasted into the scene with fiery hip-hop mixing rock reminiscent of bands like Rage Against The Machine. “Made An America” features on their debut EP under the same name, released on March 23, 2018.

Greta Van Fleet are a group of young Michigan rockers that have been hailed as the reason rock is being brought back into the mainstream. With a sound that pulls heavily from classic rock, the band is well-respected across generations and recently released their debut album, Anthem Of The Peaceful Army.

Halestorm is hot off the release of Vicious, their fourth studio LP and their second Billboard Top 10 album. “Uncomfortable” is a driving and fierce song that showcases frontwoman Lzzy Hale’s vocals.