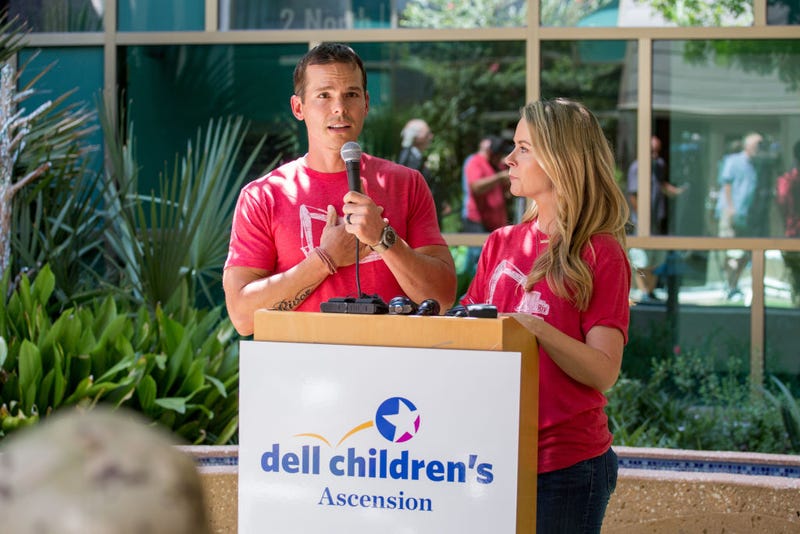 Granger Smith recently took the stage for the first time since the tragic loss of his 3-year-old son. As the country star performed at Chicago’s LakeShake Music Festival, he also debuted a touching tribute to late son River.

A script tattoo on his right forearm reads his son’s name, River. The flowing name is a relatively large piece, and stands out as the beautiful font now takes up a good portion of his arm.

The Smith family revealed that their son died of a drowning in their backyard on June 6. After stepping back from social media to grieve and spend time with loved ones, Granger and wife Amber Bartlett briefly returned to discuss River’s last moments.

A heartbreaking video about their loss shows the couple holing back tears while discussing their quest to find good in the situation, and includes a montage of happy moments with River.

"We were doing gymnastics in the yard and the boys were playing a water gun fight. I remember thinking, I was looking at London, and as she was doing gymnastics and I thought, 'Soak up this moment because it's not going to last forever.' Somewhere between 30 seconds and three minutes, we don't know, Amber and I are inside our pool gate doing CPR on our son,'” Granger explained in the video.

The tribute tattoo follows the release of a shirt where all proceeds benefitted the hospital that tried to save River. The red shirt, River’s favorite color, featured an excavator with “Riv” written across it. The shirt alone is estimated to have raised over $120,000 for the Dell Children’s Medical Center in Texas, and the couple recently donated $218,791 to the center.