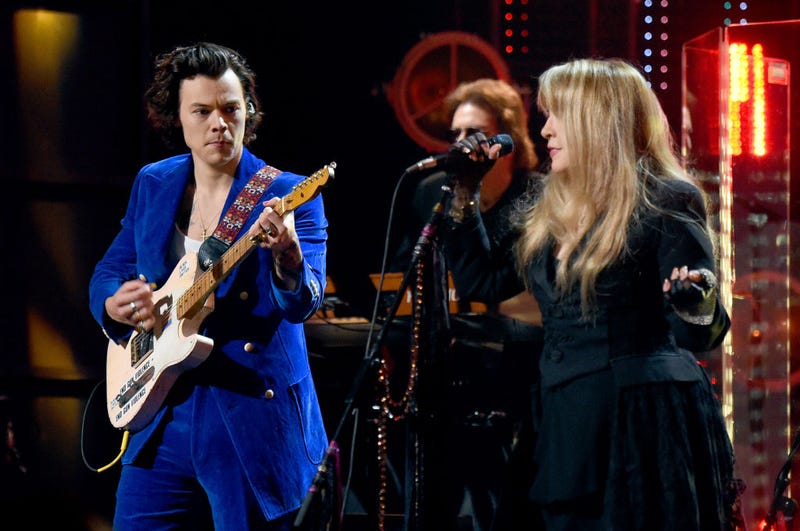 Harry Styles could be jumping back into his acting career, and in a huge way. The One Direction star turned solo singer made his silver screen debut in Dunkirk, but now he’s being eyed for a much more fitting role.

Harry Styles, The Fault in Our Stars’ Ansel Elgort, and Whiplash’s Miles Teller are among the actors being tested for the role of Elvis Presley in an upcoming biopic. Per The Hollywood Reporter, the Baz Luhrmann biopic is looking to cast its lead within the next few weeks. Aaron Taylor-Johnson (Avengers: Age of Ultron) and Austin Butler (The Shannara Chronicles) are also being considered.

While Styles has little acting experience, his onstage charisma has been proven time and time again. His overall style matches, he’s received approval from rock icons like Stevie Nicks, and his dedicated fans are likely a huge benefit to consider when casting the role.

Tom Hanks is currently on board to play the role of Colonel Tom Parker, the legendary talent manager who’s regarded as a genius for being able to market the unique brand that was Elvis.

While we’re stoked about these choices, we’re wondering why one obvious choice was left off the list: Shawn Mendes! The last time we caught up with Shawn, he revealed to us that his dream biopic role was a perfectly fitting one. He does have the hair for it, after all…