Hozier’s brand new Wasteland, Baby! is a soulful combination of everything good in music. With the help of his folky roots and the warm embrace that is his voice, the Irish singer-songwriter hit it out of the park again on his sophomore album. 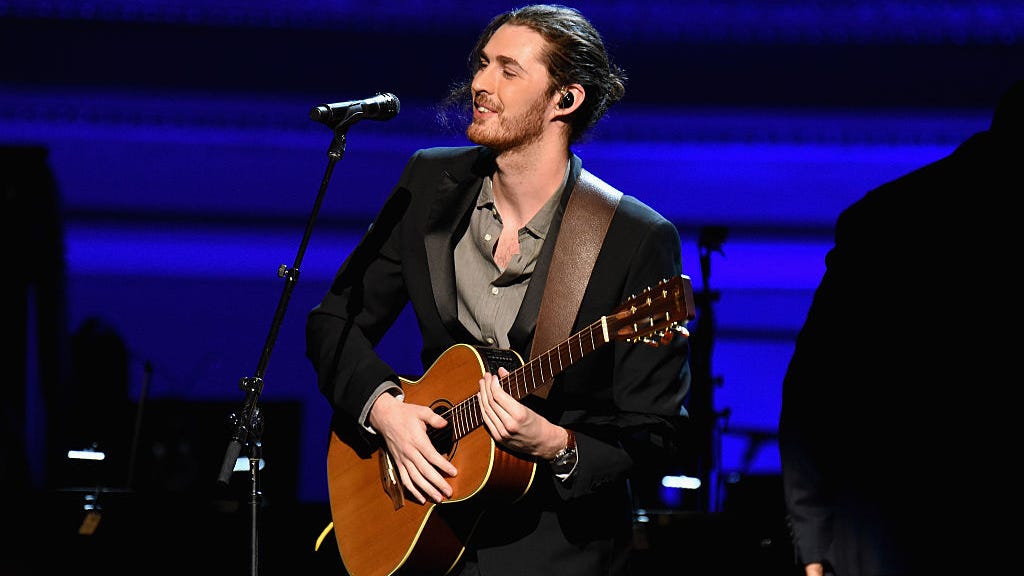 To accompany his March 1st release, he’s had a busy week filled with everything from gracing the Late Late Show stage to being turned into a captivatingly creepy villain.

The haunting new "Dinner & Diatribes" video gives off the vibe of a toxic relationship, as the silently commanding Hozier keeps actress Anya Taylor-Joy trapped in a dining room. The damsel in distress fights back through the whole video, eventually taking charge and freeing herself by lighting Hozier on fire. And then roasting a marshmallow on him. Iconic.

Along with the captivating video that you can watch above, Hozier also brought the jazz-influenced “Almost (Sweet Music)”to the Late Late Show stage. Minimalistic visuals keep the focus on Hozier, who shines with a crew of master musicians behind him.

Watch his performance below.