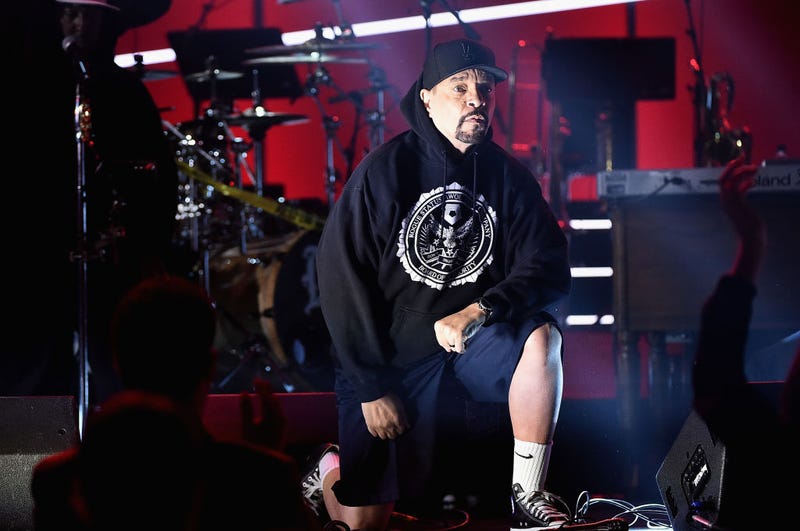 In a Tweet shared Tuesday, May 21, he told the story of a delivery that almost went way wrong. “I almost shot a MF creeping up to my crib last night,” he admitted.

He’s suggesting Amazon do something about the lack of uniforms worn by the tons of drivers making deliveries. With a network of unmarked deliverymen making deliveries as a side hustle, it’s hard to tell who’s legit and who’s “creeping up to” your crib.

Message To Amazon: Now that you have regular people making your home deliveries.. Maybe they should wear a Vest with AMAZON DELIVERY on it..... I almost shot a MF creeping up to my crib last night.... Just sayin.

Amazon head of operations Dave Clark wrote back with a playful but less-than-favorable response to Ice-T’s suggestion.

“Just sayin…thanks for the suggestion. We MF’ing love you and our drivers,” he wrote in a Tweet playing off of Ice-T’s wording. Replies quickly bit back at the response, knocking him for his dismissal of what could be a serious issue.

Just sayin…thanks for the suggestion. We MF’ing love you and our drivers. Lots of innovations coming on this and many that already exist to help you track your package and delivery on a map. Thanks for being a customer.

“The feedback is if you don't want a MFer shot, he should have something on that says AMAZON on it” Twitter user @CarrieLGarner wrote after Ice-T received a canned reply from the Amazon support account.

All jokes aside, the problem has been compared to Uber where drivers are identified through a variety of methods. From letting users know the car’s license plate number to providing an Uber sticker to be placed on their car, there’s a lot less room for misidentification. All Ice-T is asking for is an Amazon T-Shirt, or something of the sort.

To make this solution even easier, here’s a perfectly-designed vest from @Liz1228Love.