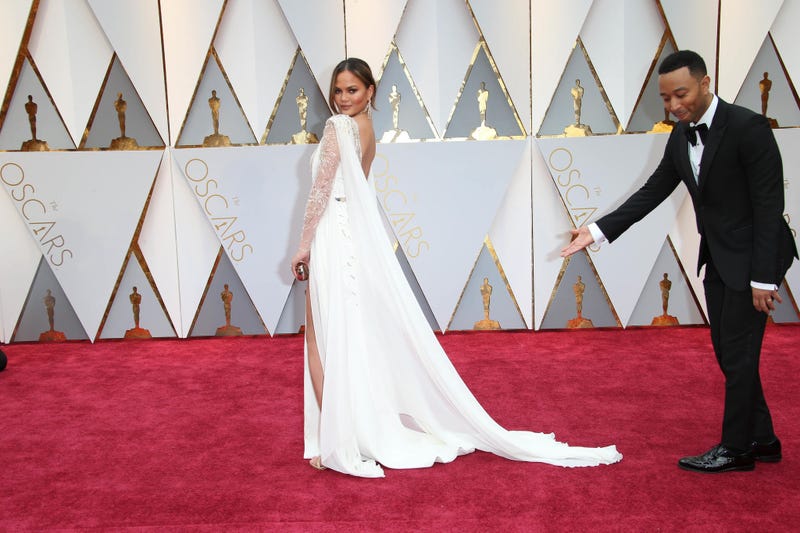 Power couple John Legend and Chrissy Teigen are the latest to join in on Postmates’ “The Receipt,” a segment that exposes what some of our favorite celebs are ordering on the food delivery app. After recently learning that Post Malone has spent over $40,000 on Postmates in just the past year alone, there’s no telling what type of bills the stars are footing.

Although Chrissy is a pro chef and has even released two cookbooks, the internet’s favorite couple has still ordered over 3000 items from 657 separate orders. The orders are spread across 27 cities and 212 stores, but they have some recurring favorites like A1 steak sauce for Chrissy (considered a blasphemous addition to steak by many).

apparently if u put in "5" under quantity on Postmates AND say "5 bottles!" in the description, they...get you 25. I thought FIVE was a lot pic.twitter.com/ASW44SBQOH

To break up the monotony of eating leftover turkey and all the fixings for weeks after Thanksgiving, their tradition is to order pho the day before. They also like to order McDonald’s on Christmas Eve.

Click here to see the full details including just how much steak sauce Chrissy has ordered, how much John spends on sushi, and more of their most random orders.

Here are some of our favorites of Chrissy's Postmates mishaps:

not bananas this time, but it has happened again. ordered 5 limes from postmates and now have 5 bags of key limes. 40 limes a bag. 200 limes. I guess it's a key lime pie kind of day.

postmates brought us 6 bunches of bananas instead of 6 bananas. this is now a family curse

Considering our track record with Chrissy, she should probably only do that if she wants surprise quadruplets