Maren Morris just joined Playboy for a cover shoot that adds her name to the list of the very few country artists to ever accept the offer. With a “wholesome” image to maintain and expected norms of how women can act, many have veered away from the risqué magazine.

Maren Morris has never shied away from a vulnerable moment, a challenge, or an opportunity to speak her mind. Her latest release, GIRL, is a look into the complexities of being a woman. Those complexities are only amplified by the music industry.

“By being honest with myself and knowing I don’t have the sassy, armored exterior many of my fans probably think I have,” she tells Playboy when asked how she navigates the themes of her latest album. “I’ve learned it’s okay to not be a badass all the time. Over the past few years, as I wrote GIRL, I learned that it’s not a weakness to be vulnerable with somebody else, to share all your light and your darkness with them, to trust that they won’t trample your heart or judge you.” 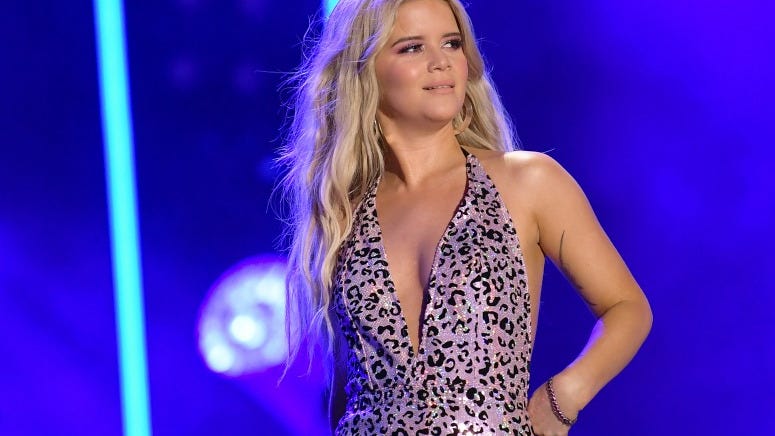 Country artists often struggle with a longstanding history of gender biases. While Maren has been the top-played female country artist for the past two years, she noted she’s still getting way less play than men.

strip it down. something with @playboy is coming next week... 🌼 // 📷: @harpersmithphoto

She’s frustrated with the differences in how artists are treated based on gender, she’s tired of people focusing on superficial things, and she wants to make it clear that she works just as hard as the next guy. “It’s always, ‘So you changed your hair and, like, how crazy is that?’ It’s like, Motherf*cker, I produced my album, thanks,” she says of how often people overlook her songwriting abilities.

Along with standing up to hit back at ingrained gender biases, Maren isn’t afraid of standing up to haters. From body shamers to general trolls, she doesn’t regret a single time she’s defended herself.

✨I didn’t come to play, BOY...// did one of my favorite interviews in @playboy this month. Photographed, styled, and interviewed by WOMEN for their Gender + Sexuality issue. Link in my stories. 📷: @harpersmithphoto ✨

“Every time I’ve spoken up or clapped back at some troll, it has been very much me. I wouldn’t go back on any of it, because they deserved it. Body shamers? They’re asking for it. I would never regret calling them out.”

Click here to read her revealing interview with Playboy and to see the risqué photos.