Almost exactly 13 years ago, a 13-year-old Miley Cyrus hopped on a plane to LAX and never looked back. March 24, 2006 marked the air date of the very first episode of Hannah Montana, leading Miley catapulting to her spot as one of many Cyrus family members to make a name for themselves in showbiz. 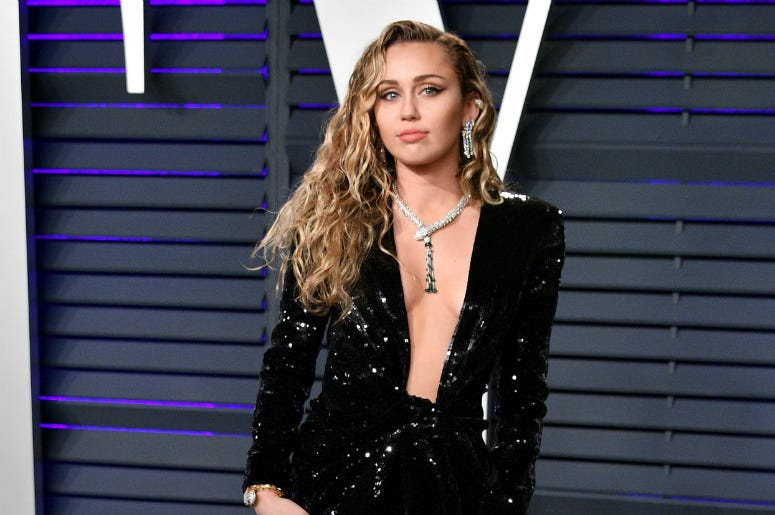 The Disney show ran for four seasons and took fans through an awesomely frustrating series of people somehow not recognizing that Miley and Hannah were the same person. Seriously guys? She literally just put on a wig.

From a string of love stories to cameos by the Jonas Brothers, the show defined hundreds of thousands of childhoods from 2006-2011. Not to mention a crossover episode that combined Hannah Montana with That’s So Raven and The Suite Life on Deck to create a combination that was, without a doubt, more ambitious than Infinity War.

Over the weekend, Miley celebrated the anniversary with a string of hilarious throwback photos shared to her Instagram and Twitter. "After Hannah's psychic reading where she was told in 10 years she'd become a big stoner and wear nipple pasties on stage,” she wrote in an Instagram story captioning the infamous photo of Hannah doing a shush gesture.

The best stories @MileyCyrus has ever posted. pic.twitter.com/v9Cny5Df40

It’s the 13th anniversary of the first HM episode to air pic.twitter.com/81hAQOiEvX

Billy Ray Cyrus even joined in on the celebration, posting a photo of the cast with his signature catchphrase “Dang Flabbit!”

Miley continues to low key lead a double life with her varying phases, switching from bad girl to country doll before settling in a place that’s her perfect balance. The fearless star continues with a string of boundary-pushing photos on her Instagram, but maintains her composure as the latest Miley era kicks off with marriage and the hit “Nothing Breaks Like A Heart.”