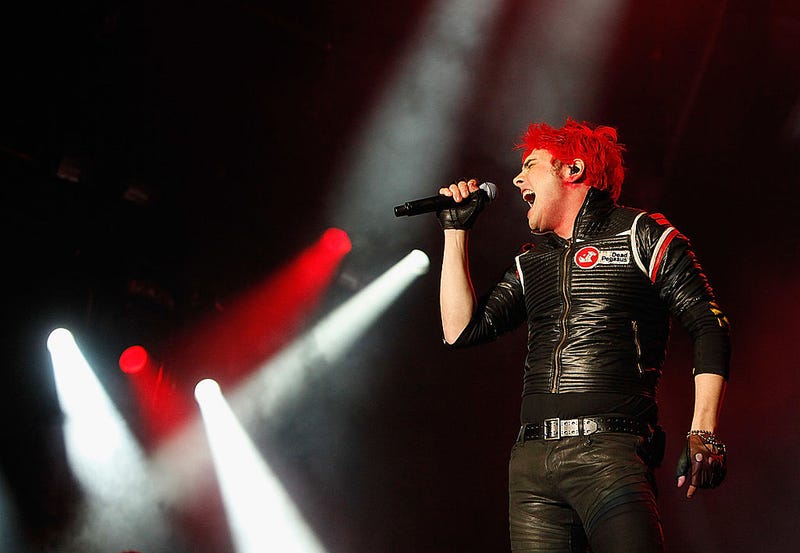 My Chemical Romance’s Twitter was reactivated for the first time in two years, Frank Iero just dropped a song, Hayley Williams died her hair back to bright red, and Blink-182 is planning to play Enema Of The State in full… What year is it?

With the MCR band account recently tweeting to announce the release of Frank Iero’s new song “Young and Doomed,” the nostalgia has continued as Three Cheers For Sweet Revenge has returned to the Billboard chart almost 15 years after its release.

The 2004 album is one filled with nostalgia for longtime MCR fans. Despite the band continuing to focus on solo work with no known plans to reunite, the 13-track journey through darkness and melancholia still contains some of the best emo songs ever written. While it’s not totally clear why it’s climbing its way back up with a No. 191 entry on the Billboard 200 chart, fans speculate it’s stemming from the popularity of Gerard Way’s The Umbrella Academy.

The six-year anniversary of their break-up could also have a lot to do with it. While it’s still far too soon for us to actually accept the fact that they’ve broken up (give us another 10 years), the band officially announced their split on March 22, 2013. It’s not quite MCR, but almost all of the members are still actively making music and have even teamed up for a quasi-reunion on a Gerard Way track.

With a nod to the album’s hit “I’m Not Okay (I Promise)” on Frank Iero’s new single “Young and Doomed,” the perfect avalanche of My Chemical Romance feels is hitting fans left and right this week.