Panic! At The Disco’s “High Hopes” is a booming single that spans all boundaries. Everyone from ages 0-116 loves this song, and genre barriers don’t exist when we’re talking about the impossible-not-to-love Brendon Urie.

After a huge week that brought them 13 RIAA certifications in one sweep, the band is continuing to reach new heights with the double Platinum “High Hopes.” 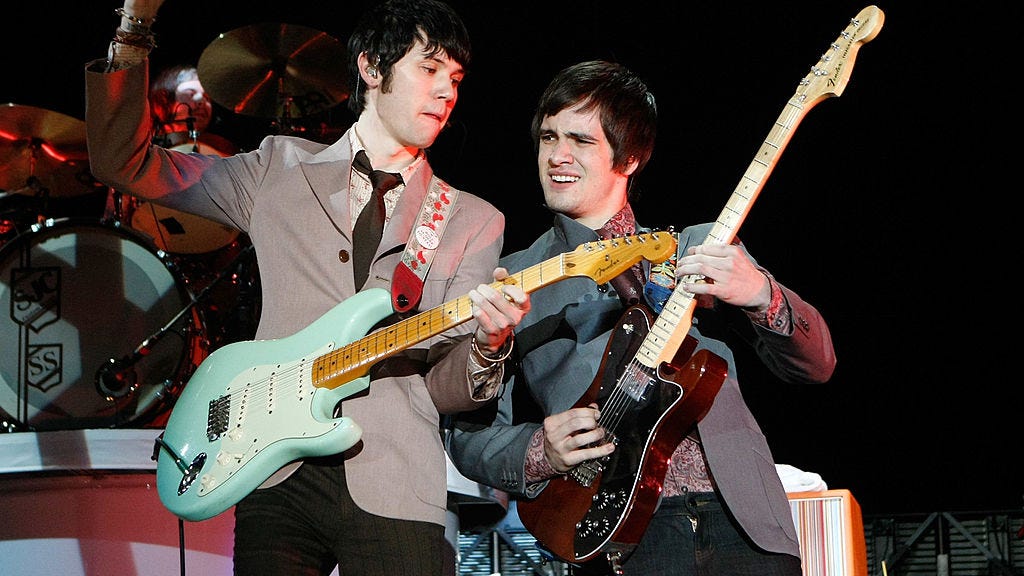 “High Hopes” has been sitting at the top of the Adult Pop Songs radio airplay chart for over 15 weeks now. The track first hit No. 1 in December of 2018 and hasn’t moved since, making it the longest-leading number one this decade. Proof that the band is bigger than ever after 14 years of making music continues to come as the single also recently eclipsed “I Write Sins Not Tragedies” as their most-streamed song.

The record for the longest running number one Adult Pop Song from the past 12 years was previously held by The Fray’s “How To Save A Life.” The emotional ballad also had a 15-week run at No. 1 in 2006-2007.

In our previous exclusive interview, Brendon Urie explained how Pray For The Wicked tracks like “High Hopes” came to fruition. Hear from the frontman on their record-breaking single in the video below!