Panic! At The Disco’s Pretty. Odd. is a polarizing album that’s viewed as everything from a hailed fan favorite to a knock-off of The Beatles.

Their amazingly strange sophomore LP fits its title perfectly, with an early exploration of bits that are still seen in Panic’s music. Beloved songs span from the smash hit “Nine In The Afternoon” to the emotional “Northern Downpour,” while more experimental tracks like “Behind The Sea” have left fans joking Brendon Urie essentially pretends the album doesn’t exist. 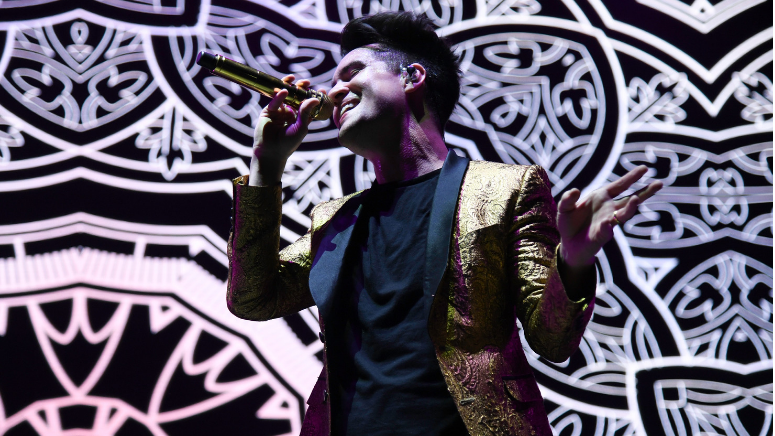 Kid Crushes Karaoke Performance of Panic! At The Disco’s “I Write Sins”

With loads of songwriting from former member Ryan Ross, the album stands as a crucial piece of Panic’s history that’s almost entirely unlike anything else they’ve ever created. Now, just days from being exactly 11 years after its March 25, 2008 release, the album has gone Platinum. The huge milestone was so unexpected that former drummer Spencer Smith promised tour manager Zack Hall he would buy him a smart car if Pretty. Odd. ever reached Platinum.

Zack’s not about to let that slide.

Years and years ago @TheSpencerSmith told me once Pretty. Odd. went platinum he would buy me a smart car... hey Spence you see those numbers recently..? pic.twitter.com/uBdU5GZB6W

Along with Pretty.Odd.’s certification, Panic’s recent success has boosted Too Weird To Live, Too Rare To Die to Platinum, Death Of A Bachelor to double platinum, and 2005 debut A Fever You Can't Sweat Out to triple Platinum. Wow.

Thought we were done there? The certifications continue with Gold status notched by "House Of Memories," "Nicotine," and "Crazy= Genius," and more Platinum for "LA Devotee," "Don't Threaten Me With A Good Time," "Hallelujah," and “The Only Difference Between Suicide and Martyrdom is Press Coverage.” “Death of a Bachelor” and current hit “High Hopes,” are now double Platinum.

The rare achievement of earning 13 certifications in one sweep comes with help from Panic's entire discography, with tracks spanning from 2005 to 2018.