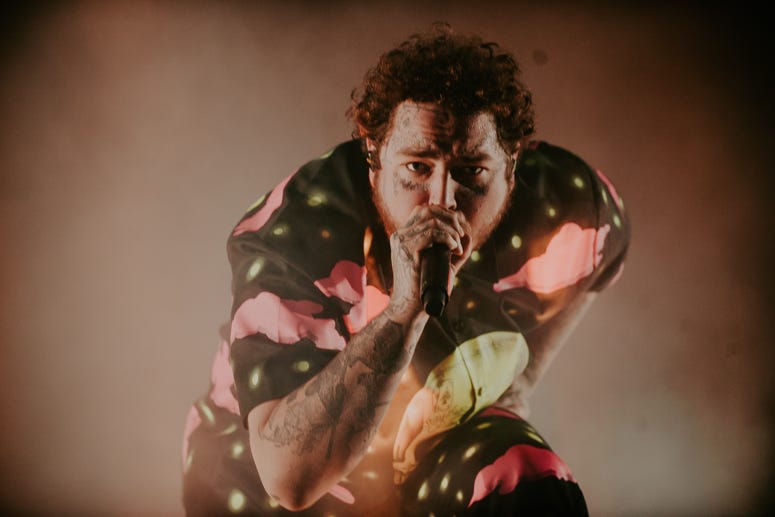 Walking a dozen miles a day in the middle of a muggy forest never felt better than it did at Firefly Music Festival. Tucked away into the woodlands of Dover, DE, Firefly combines the intimacy of a peaceful town with the desired madness of any worthwhile music festival. An estimated 50,000 attendees made the trek from across the country to see a lineup crowned by Panic! At The Disco, Travis Scott, and Post Malone.

With three days of sets running all the way through the night and well into the early hours of the morning, the June 21-23 festival kicked off summer with acts that spanned through genres and generations.

Bea Miller warmed up early arrivers with a high-energy filled with fierce girl power. The unapologetically authentic 20-year-old singer mentioned how shocked she was by her draw, but her impressive crowd came as no surprise to any onlookers. Up-and-coming favorites like SHAED and Dennis Lloyd kicked off the festival before undeniable legends hit the main stage. 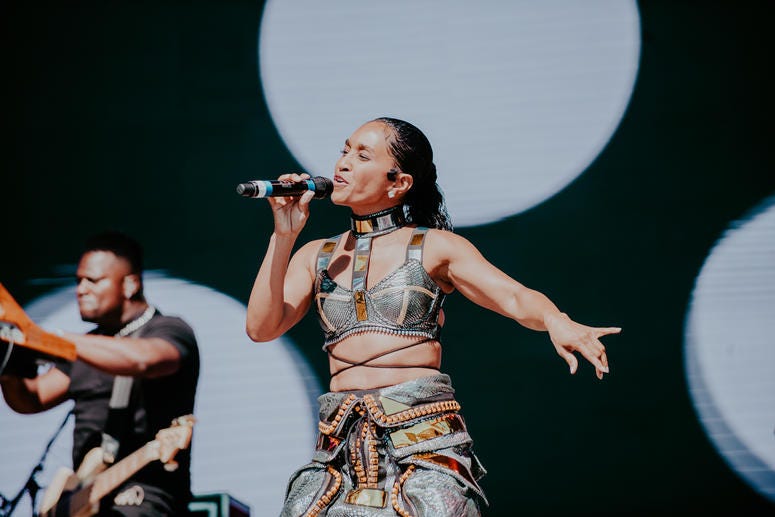 “TLC is on the lineup… is that like, the real TLC?” a fan asked in disbelief while making the hike to one of the first big sets on day. Yes, it was the real TLC. “No Scrubs” echoed far and wide as festival goers enjoyed the surreal moment of getting to see the icons in the flesh.

Tyler, The Creator calmly walked out not long after for one of the most captivating sets of the weekend. Donned in his blonde wig and a highlighter green suit, the pioneering artist effortlessly stepped into his new persona- all while making various crew members come onstage to comb out his wig. “What was your end goal here, me?! You must not know me at all,” he asked in disbelief as a girl threw her bra onstage. She should likely give IGOR a more thorough listen-through before attending another Tyler concert. 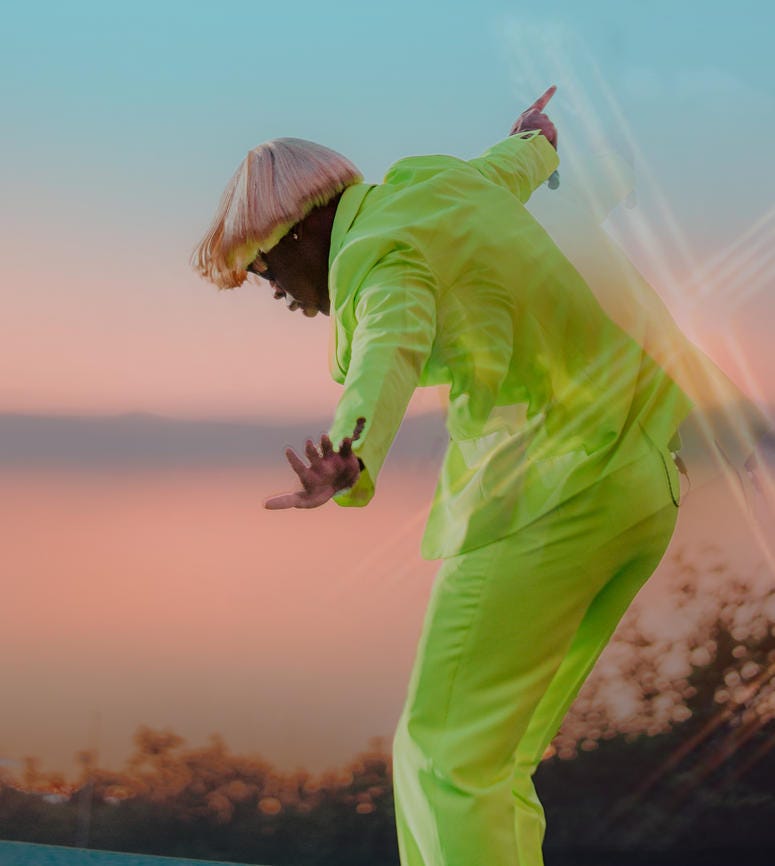 Alt-pop powerhouses Panic! At The Disco closed out night one with a career-spanning set that proved just how many hits they’ve dished out over the years. As his first time performing after ending tour a few months ago and a show that nearly marks Brendon Urie’s 15-year anniversary in the band, the “Hey Look Ma, I Made It” mastermind didn’t miss a beat. A setlist flipped from their usual order closed with “High Hopes,” emphasizing how the smash has quickly dethroned “I Write Sins” as the band’s crowning glory. 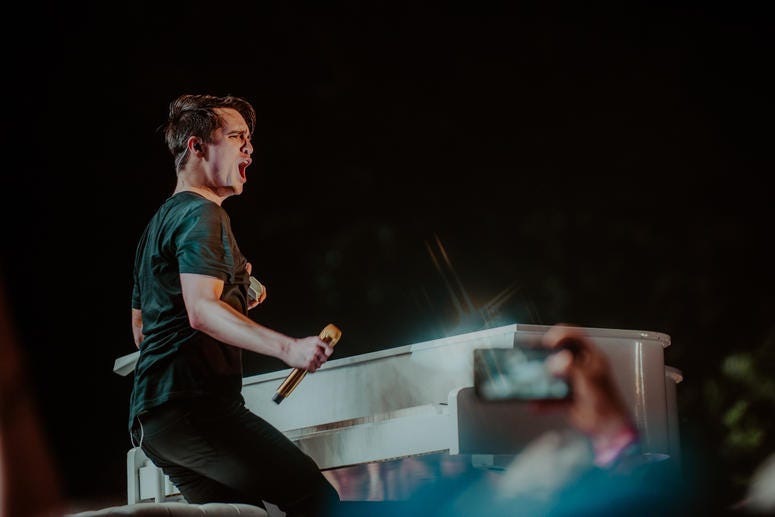 New York City’s MAX stormed out for an early Saturday set that was almost too big for the Pandora Hideaway Stage. With help from a sax player, Party Pupils collaborator Ryan Siegel, and a surprise appearance from Quinn XCII, the standout performance quickly made the list of one of the best of the weekend. Murmurs of approval rippled through the crowd as attendees trudged to their next set of the day, clearly already feeling the aftermath of day 1. 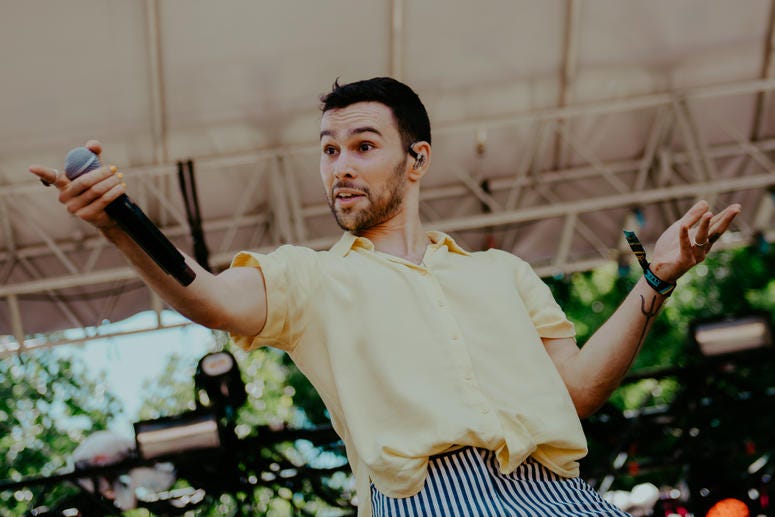 King Princess and Bishop Briggs each enjoyed moments of bliss on the mainstage as the day went on. “It’s huge!” Bishop adorably exclaimed as she twirled across the massive stage, soaking in one of the biggest performances of her career so far. With massive hits like “1950” and “River," King Princess and Bishop Briggs, respectively, made the lack of leading women on the lineup apparent by simply crushing it. 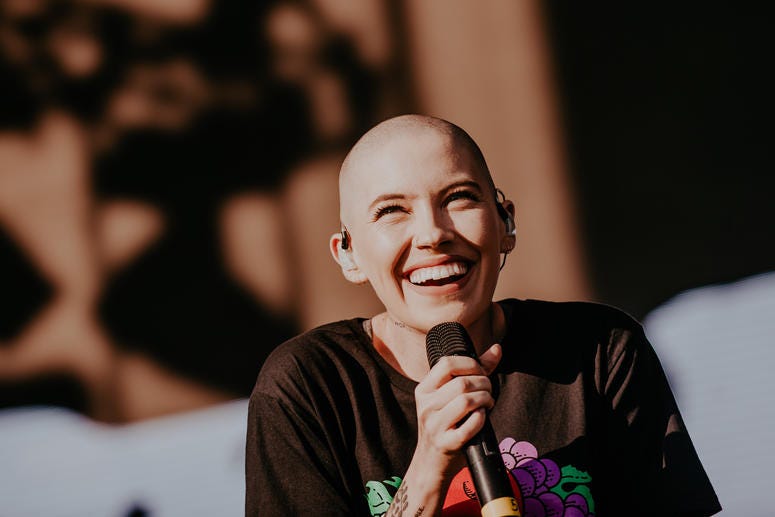 Longtime favorites Death Cab For Cutie proved why they continue to top some of the biggest alternative festivals in the country, while newcomers Brockhampton gave a preview of the genre combining madness listeners are shifting towards. Even after dealing with some of the only technical difficulties at the festival, the “BLEACH” singers dished out boyband flare with much more attitude and authenticity before Travis Scott closed the night with the biggest crowd of the festival. 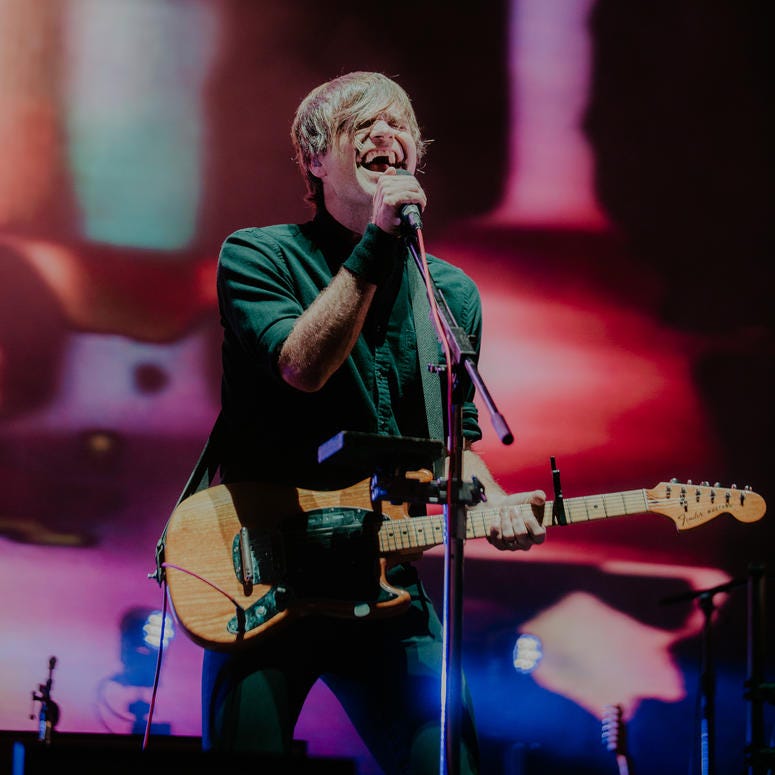 Quinn XCII’s visuals explained how to pronounce his name before the “Straightjacket” singer bounced onto the mainstage. Effortless genre bending that mixes pop with hip hop translated just a seamlessly to the stage. The crowd was treated to a surprise appearance from MAX as the duo performed “Love Me Less” for the second time during the weekend.

Yungblud delivered one of the most high-energy sets we've ever seen as the young British rocker casually destroyed the stage, throwing mic stands and guitar as his crew scrambled to clean up after him. In stark contrast to Yungblud’s incredible intensity, Vampire Weekend confidently perched on the stage with a laid back and entirely flawless set. Ezra Koenig’s vocals rang throughout the grounds as soaring high notes colored a set that spanned through their robust discography. 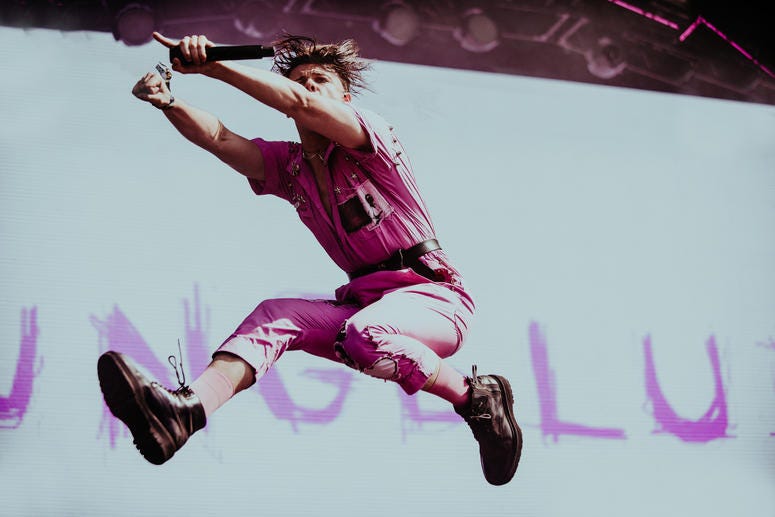 Walk The Moon closed out the big alt names of the night with a set that felt the most cohesive and inviting. The crowd came together as one for tracks like “Different Colors” as positive lyrics and upbeat songs spread through the packed crowd. 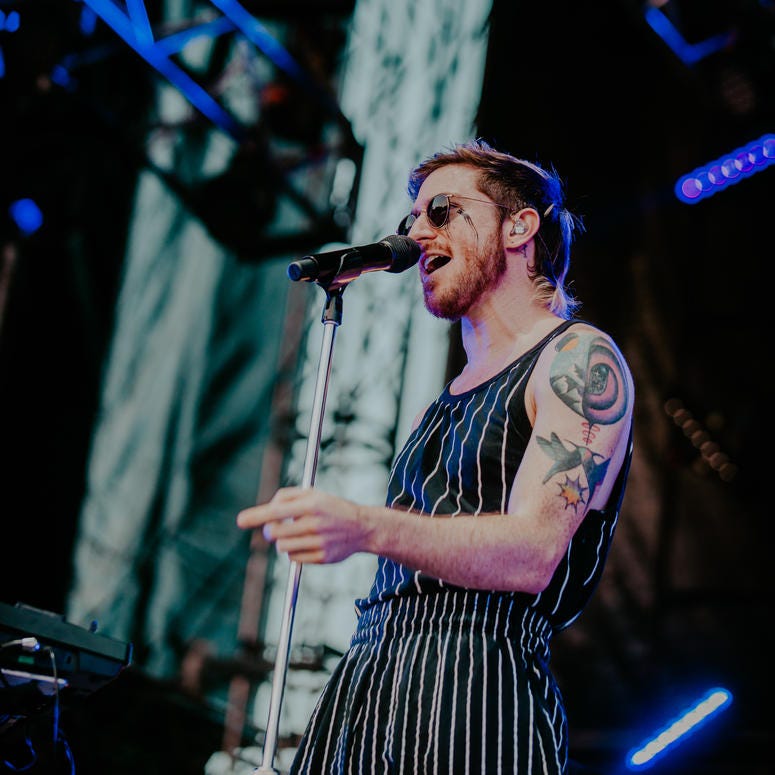 With sweat-soaked tees and light sunburn as a festival souvenir, the last fans standing made their way to Post Malone for the last headliner of the weekend. With stunningly simple production that highlighted his energy and emotion, Posty exceeded expectations and closed Firefly with a bang. 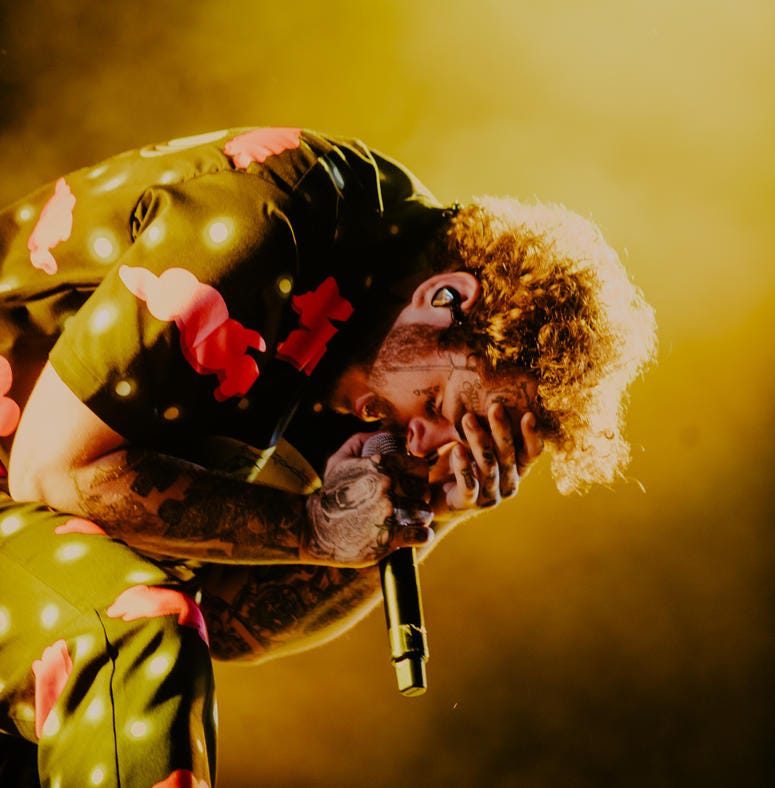