Taylor Swift fans are known for being able to take the smallest clues and turn them into a full blown essay about what she’s working on. With her detective fanbase behind her, it turns out Taylor has been teasing her next album release since the beginning of her Reputation era. 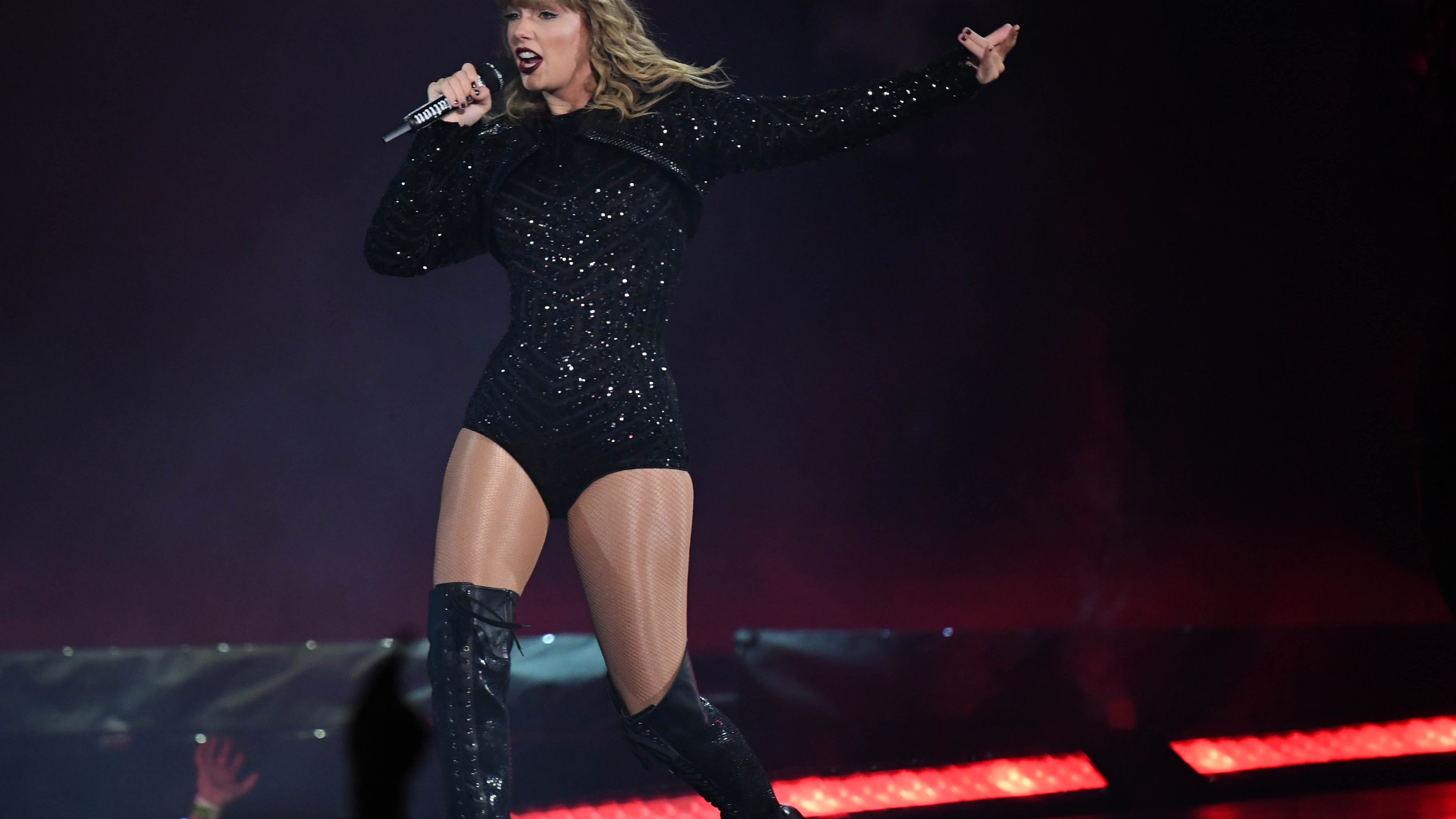 Photos of Taylor leaving the recording studio in LA on March 3 surfaced and that was all they needed to prove that work on TS7 is well underway.

While a lot of times it seems like making a mountain out of a molehill, her Swifties’ theories are almost always spot-on and prove that Taylor plans things for years. Remember that pen she dropped seven years ago? Yeah, that was probably related to her upcoming seventh album.

Many fans speculate that the album is the project she’s been meaning to release for a while. Reputation was her clap-back at doubters, and the next album is a more positive look at who she really is.

Title theories started rolling as soon as she posted a photo of seven palm trees to her Instagram. “Paradise” was one of the most popular options, seeming to be confirmed by a patch that was grouped in with Reputation merch. The bright pink both matches the photos she’s posted, and clearly didn’t actually fit with the vibe of Reputation.

A glo up at its finest 💕👏 pic.twitter.com/R5K4kiSU0Q

While some fans were convinced a full surprise album would drop on Friday (March 1), Taylor laughed off the speculation and continued to quietly work on her upcoming release. Dive down the black hole with us and read more fan theories below!

knowing miss swift, NOTHING is a coincidence. She probably has ts1989 planned I mean look at this jacket, not only does it have palm trees, it has... drum roll... 7 palm trees pic.twitter.com/lFZmaUlAkd

Crazy #TS7 Theory: So if there’s 60 stars as some have said, let’s say there’s about 60/61 ⭐️ There’s 61 days until April 26, FRIDAY, a SINGLE RELEASE day! Another connection is April 26 is Arbor Day, a connection to PALM TREES!? 🌴 @taylorswift13 look what your doing to us 😂 pic.twitter.com/L4ucFuxCub

I've read an article about the palm tree symbolism and y'know what it said? that the tree palm is basically seen as a symbol of ///RESURRECTION///

GUYSSS. In the LWYMMD MUSIC VIDEO THE TAYLOR ON THE PLANE AT THE END. SHES WEARING PALM LIKE CLOTHING. SHE REPRESENTED TS7. OMG. pic.twitter.com/dZgWawelt2