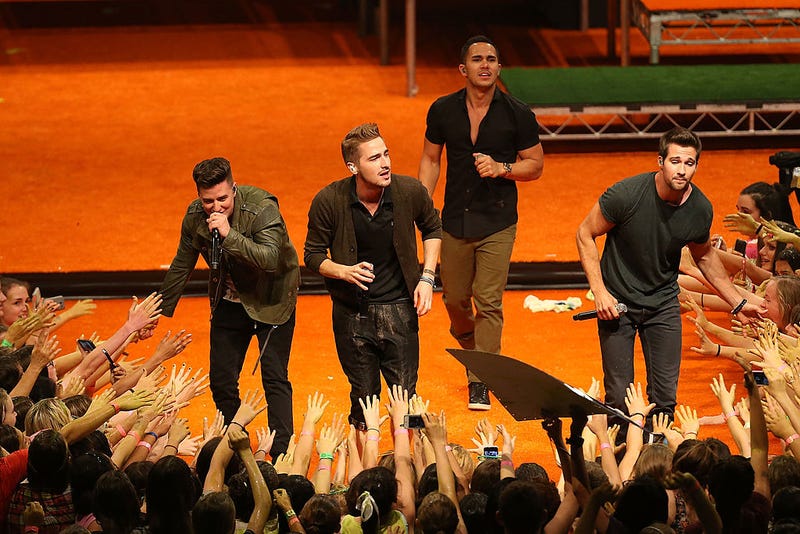 After the Jonas Brothers’ reunion, you would think that the internet would be satisfied for a while, right? Wrong. Joe, Nick, and Kevin: don’t think you can distract us from our need for One Direction and Big Time Rush to come back.

While One Direction’s future is still unclear, a Big Time Comeback could be just over the horizon. The beloved Nickelodeon group is just months from the 10-year anniversary of the first ever episode of Big Time Rush.

Along with still being great friends that frequently support each other, the guys have also been vocal about wanting a reunion just as much as fans do. “I’d be down to get together and see those guys any time. They’re like brothers,” Logan Henderson told Celeb Secrets early this year.

Carlos Pena and Kendall Schmidt have also been fully on board with the idea of a 10-year reunion tour, with the thought originally being pondered by Carlos.

“You know, for me, I really love performing and doing the TV show on set was fun, but going out and seeing the fans in person and getting that kind of immediate, instant gratification, there’s nothing like that,” he told International Business Times. “And that, I think, is the one thing that I miss. And I look back and look at videos. That would be fun to do again someday.”

I double checked this, and the math definitely adds up. https://t.co/MmQ6Lt9W7L

“BTR hasn’t ever broken up, so I suppose whenever a good tour comes around we’ll be there,” Kendall teased to Celeb Secrets after promoting band Heffron Drive.

After the Nickelodeon Tweet, rumors of a reunion were sparked again and stan Twitter is NOT messing around. Don’t play with our emotions- is a reunion coming soon?

give us a big time rush comeback pic.twitter.com/9jiYvJOOEc

does this mean what i think it means pic.twitter.com/h0fOGo1hQX