Before he was one of the most acclaimed drummers of all time, Travis Barker was just the new guy in the band. 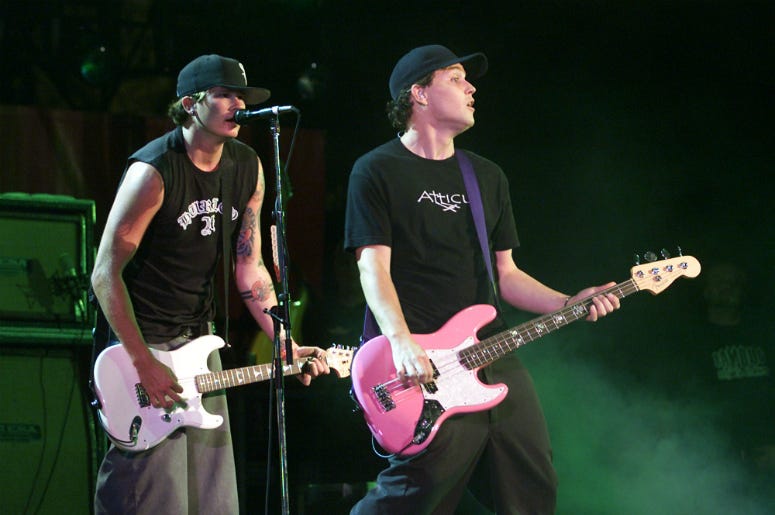 Newly rediscovered footage of Barker's first-ever appearance with blink-182 has been making the rounds on the internet.  The footage shows a less-heavily tattooed Barker, along with a baby-faced Mark Hoppus and Tom DeLonge during a 1998 show in Baltimore, MD. Barker joined the band just before this set, having replaced original drummer Scott Raynor.

Barker is said to have learned the entire 20-song set just 45 minutes before the band performed.

Recently, Tom DeLonge has spoken of his intention to rejoin blink-182 at some point in the future, telling Kerrang!, "I get it – trust me, I love Blink and it’s given me everything in my life.  And, you know, I plan on doing it in the future."

Blink-182 recently released the new single, “Blame It On My Youth.” The band will tour with summer with Lil Wayne.