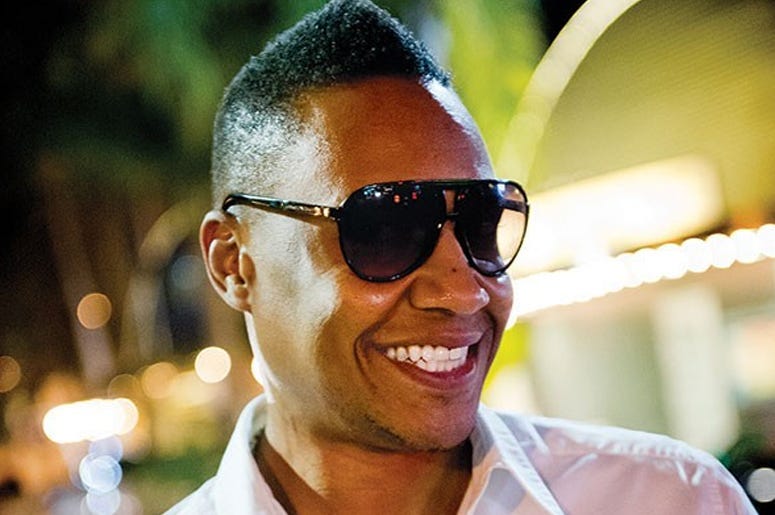 Antonee FirstClass is an veteran English Reggae Ska artist with a a brand new single ABC CDB. He has been in reggae music pretty much from birth. Militant Barry is his father and grew up with Tappa Zukie and Kieth Hudson - both heavy roots reggae artists. He was immersed in the reggae culture and made it his life. He later moved to  Pittsburg and set up it's first UK Style Sound System rocking parties in the 90s like nobodys business. Always making music and performing he later joined Dave Wakeling and The English Beat touring the world to consistently sold-out venues. He is a real soldier on the battlefield. We talked about all that and more.
Antonee First Class Born in London, England,the son of Jamaican parents. Antonee’s father Barry Dunn,a known Artist, Writer, Producer known as Militant Barry. After traveling at the tender age of 4 to the family home and reggae capitol of the world Kingston,Jamaica with his father the music bug was injected into Antonee’s life, where he spent many days and nights at historical recording studios,such as Tuff Gong, Channel One, Randys etc Antonee all his life has been around influential people in the entertainment fields and music buisness, including the legends like the late Kieth Hudson who is one of his Godfathers as is the late Slim Smith, a great Carribean singer of the 60’s and 70’s, the other being Reggae Artist/Producer Tappa Zukie. Also a good family friend, Grammy Award Winner, Orchestra Paul Buckmaster, making of many music scores for TV,Documentary’s and Movies,played a big part in his life and persuaded him to use his talent and turn it into this great music career. Bob Marley also played a big part in Antonee’s life,as his father and Mr Marley attended the same school in Jamaica and were very good friends. After performing as an unbilled guest,at his high school talent contest at the age of 11, Antonee’s performance was so outstanding which in turn surprised the producer of the talent contest, the production team could see a natural and the potential to the entertainment world, which led to radio, newspaper interviews and also a spot on a UK childrens program “Everybody Here” for the UK’s Channel 4, which was a huge success and a great performance, & was repeated many times.

Antonee was also known for ghost writing, for or with many of his fathers musician friends, which quite a few have been used in some of the Reggae hits of our time.

Antonee and his family migrated in the late 80’s to the United States where both father and son set up a music entertainment buisness in Pittsburgh PA, which included a Record store,  Sound System,Concert Promotions and Record Label all under the name First Class Records.

If you have court Dave Wakelings version of the English beat. During any of his coast-to-coast US tours the last eight years, then you would’ve had the pleasure of enjoying the singing, toasting and stage moves of the bands resident toaster and MC Anthony First Class he compliments Wakelings crooning with crisp toasting & shines on his own songs and freestyles chats.

And now Antonee with a distinquished respected style and voice in his own rights, is ready to take his talent to a new level and continues to surprise his fans with the artistic talents he was so fortunate to be blessed with.