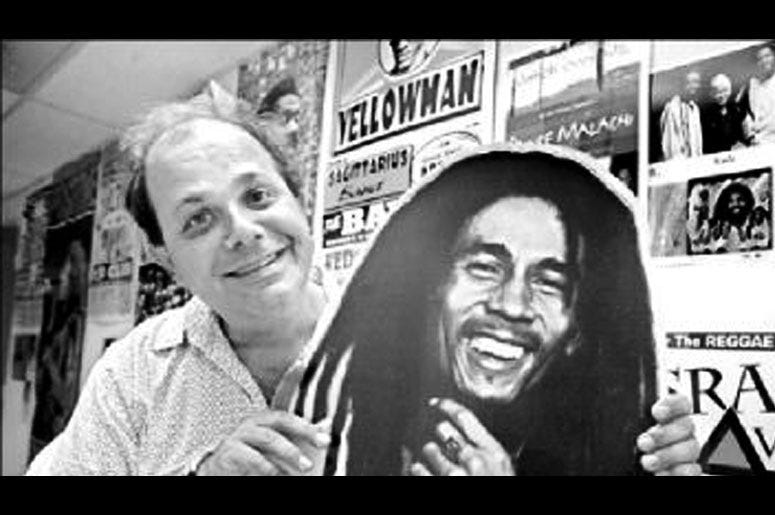 If you love Reggae Music you know about RAS Records. Doctor Dread the founder of the company talks about the orgins of building an international million dollar record business. He became a fan and lover of Reggae in 1973 and made a trip to Jamaica in 1977. On that trip he hiked from one end of the island to the other as a young dread learning about Rastafari and Jah Music. While on that journey he was collecting vintage 7" inch singles and more that the would later play  on FM Radio "Night of the Living Dread" 3 hours every Sunday night in Washington DC through much of the 80s. We reasoned about all that, Dub and so much more.

Bob Marley and the Wailers. Need I say more? Bob Marley is the most recognized artist worldwide, whose music connects with people of all ages. People of all races. With everyone. His message of universal love and compassion and his political stance for equality and justice has resonated with people the world over. His ability to convey this message onto a lilting reggae beat enables people to easily assimilate the meaning of what he has to say. Early in his career Bob was part of the mighty trio known as the Wailers. This was comprised of his brethren Bunny Wailer and their friend Peter Tosh. The Power of the Trinity.

Their songs were both political as well as topical, reflecting the everyday life of Kingston, Jamaica. As the members sighted Rasta they connected with producer Lee Scratch Perry and created some of the most significant recordings of their careers. It was 50 years ago that the album Soul Rebel was released. Today, we celebrate with new versions of these revolutionary sides, with the foundation father of all DJs, U Roy, adding his distinctive vocals. U Roy has often been credited as being the primary off-shore inspiration of American hip hop, having pioneered voicing over instrumental tracks at dances in Jamaica and exhilarating crowds with his syncopated, witty scat-vocalese lyrical delivery. As the reggae producer/historian Leroy Pierson so well said, To the extent that hip hop owes a debt to Jamaican music, that debt is owed to U Roy. Mindful of this and the fact that U Roy had chatted on a version of the Wailers Trenchtown Rock 50 years ago, RAS Records founder Doctor Dread was inspired to go into the studio and have U Roy voice the other tracks that Lee Perry had produced.

With his affiliation to Sanctuary Records (who recently purchased both the Trojan and RAS Records catalogs), Doctor Dread was granted permission to use those tracks for this project, which he had envisioned so many years before. That day in the studio in Kingston was pure magic. The sole surviving member of the Wailers, Bunny Wailer, was on hand to experience this session as U Roy ripped through 14 songs in just four hours. The results are staggering and fulfill the demand of all successive artistic efforts- Make It New! So now with an amazing painting of the Rasta last supper gracing the back of the album cover and the musical notes flowing freely from a goblet on front, we are ready to present these remarkable recordings to all Bob Marley and music fans the world over.