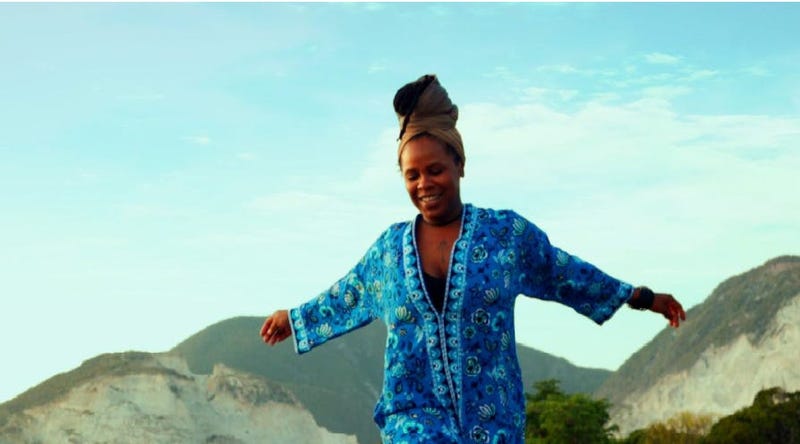 Based in Los Angeles, California, Empress Akua has been performing, touring and recording her own material with many of the greatest musicians and producers, not only those that the Reggae genre has to offer but throughout the music industry overall for the past several years. Empress Akua has performed on many of roots reggae’s stages in the Southern California area including club dates at the Dub Club at Echoplex in Los Angeles, House of Blues Anaheim, Club Kingston at Winstons and 710 Beach Club in San Diego and festival performances World Beat Center Tribute to the Legends festival in San Diego, and Reggae on the Mountain Festival in Topanga.

Empress Akua recordings include the November, 2019 release “Jah Is Good” on the Issachar Muzik label distributed by Tuff Gong International. Recorded in Jamaica the accompanying video was filmed there as well and premiered on the Reggaeville.com YouTube channel as did videos for the songs “Gwaan (Dutty Babylon)” and “Its Cold Out There”. During the September 2019 recording period in Jamaica, the artist performed live on Jamaica’s #1 morning show: CVM at Sunrise and was featured in the Jamaica Observer newspaper: “Empress Akua Connects With the Roots” Born and raised in south central Los Angeles, Empress Akua traces her roots back to the Aboriginals of New Guinea and the Native American Cherokee Indians. She was introduced to reggae music at an early age writing her first song at age eight and has not looked back since. Committed to the “meditation of a goddess”, her vision and message remains to uplift Pan African culture in the diaspora and encourage positive thought and actions as well as exhibiting compassion for the well-being of the less fortunate.

Her powerful, soul-stirring voice and performance style have drawn comparisons to the likes of Lauryn Hill, Marcia Griffiths, and Judy Mowatt all three of which the artist names as her personal musical influences.

Check out the 2020 Grammy Nominees