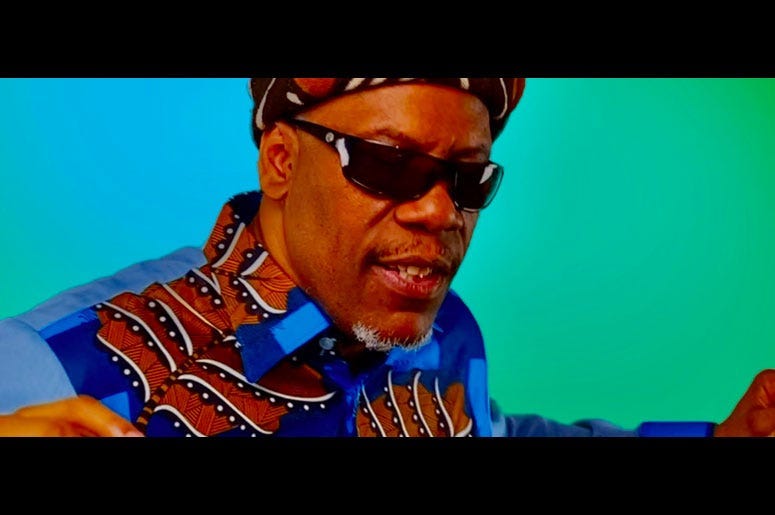 Pupa Curly is a veteran Belizian Reggae Empressario, Singer, Producer and teacher. You may remember him as the organizer the Carribean Seabreeze Festival held mostly in Long Beach that went on for years. We got a chance to catch up and talk about his return to the Reggae Arena after focusing on faily and a teaching career. Now he has 4 brand new songs out  "Can't Breathe","Lives Are Not Games", and "Mama" featuring Aziatic and Supa plus "Money" which is the current track distributed  Tuff Gong International. He got started right away when he arrived in the late 1980s are spreading the message in Los Angeles. We talked about the histroy writing music to dub music, working on sound system as a youth and a lot more.

The veteran Reggae music artiste Pupa Curly has released a timely sin-gle “Can’t Breathe". The single is the third release from the upcoming al-bum Lives R Not Games. Released on Tuff Kruffy Entertainment label, the single and music video is available now and distributed worldwide by Tuff Gong International.

About Pupa Curly: After break-out hits like “You Must Wake Up” & “Crack is a Killa,” ‘Pupa Curly’, the socially and politically conscious ‘Dancehall Edutainer’ contin-ues his musical journey. The debut single and official video "Money" released last year, and his cur-rent single “Lives R Not Games” are from his forthcoming album. The al-bum features Eljai, Sweet Tea, EDee and the ‘angelic’ vocals of Angelica, and is produced by veteran producer Carl McGregor of Diamond Mine Studios in Los Angeles. Pupa Curly has performed at many of Southern California’s elite festivals including: Santa Monica Pier’s Twilight Concert Series; Kangal Califor-nia Reggae Splash; Bob Marley Day; Seabreeze Festival; and UCLA’s Jazz/Reggae Festival to name a few.

Other notable performances include performing at the Fifth Coronation Anniversary Ceremony for King Wilber-force Gabula Nadiope IV of Busoga Kingdom in Uganda last September. Curly has collaborated on George Clinton’s “Paint the White House Black” single on Paisley Park Records which also featured a host of ‘A-List’ Hip Hop recording artists, including Dr. Dre, Ice Cube, Kam, The Red Hot Chili Peppers and many others. “Just as Politicians and great leaders have a responsibility to in-form and lead their people, so do musicians and artists. I believe music is a significant element in communicating to the people - positive and uplifting thoughts.” – Curly