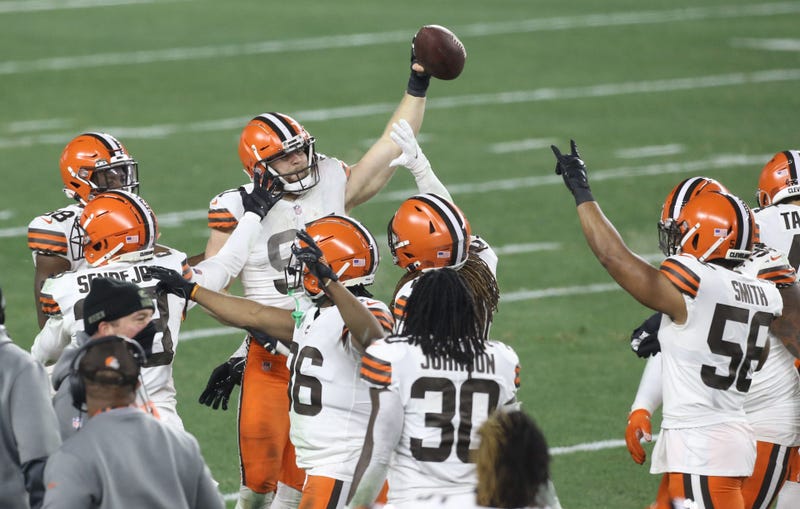 “I like the Browns a lot,” former NFL MVP Shaun Alexander said on Reiter Than You. “Because after you get over the fact that it’s the Browns, you actually realize they have a great pass-rusher, they’ve got hard-hitting, tough linebackers, they’ve got corners that like to cover and like to play grimy – that’s a good defense. That’s a playoff defense.”

The Browns forced five turnovers in their 48-37 Wild Card win over the Pittsburgh Steelers, including four interceptions. The offense, meanwhile, did more than its fair share, as Baker Mayfield threw three touchdown passes, including a 40-yarder to Jarvis Landry.

“On offense, you’ve got a quarterback that’s willing to go make the big play, you’ve got at least one big-play receiver, and you’ve got two running backs that can both carry the ball and take over the flow of the game,” Alexander said, referring to Nick Chubb and Kareem Hunt. “That is the making of playoff football. So once I get over the fact that it’s the Cleveland Browns, once I slow myself down, this is a team that’s actually made to win playoff games.”

The Browns play the Kansas City Chiefs – the defending Super Bowl champions – at Arrowhead Stadium this Sunday. Kickoff is at 3:05 p.m. ET.

“I would not be surprised if they actually shocked the world and beat Kansas City,” Alexander said. “I just think Patrick Mahomes is so amazing that they’ll figure out a way to do it. But if we look up, don’t be too surprised because the Cleveland Browns, they have what it takes to win big games on the road.”