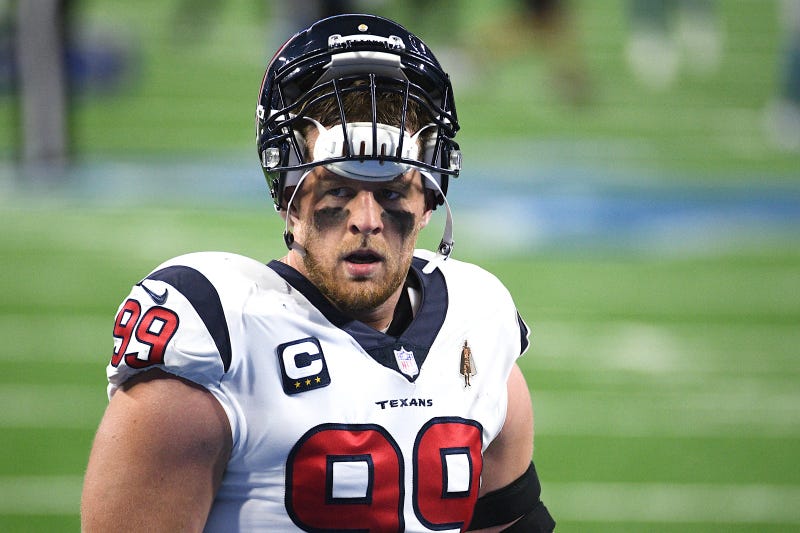 After making the playoffs in four of the last five seasons – including two straight – the Houston Texans (4-7) appear at a crossroads. They traded DeAndre Hopkins in March, they fired head coach and general manager Bill O’Brien in October, and they will hire a new head coach this offseason. It feels like the Texans are turning the page, and it might be time for J.J. Watt’s chapter in Houston to end.

Should the Texans trade Watt to a contender?

“I think that’s on J.J.,” former Texans All-Pro wide receiver Andre Johnson said on The DA Show. “I think J.J., it’s pretty much on him and what he wants to do. I think if J.J. wants to leave, he will go and voice that. It’s up to them to decide if they want to trade him or not.”

Watt, 31, was the 11th overall pick in 2011. A five-time All-Pro and three-time NFL Defensive Player of the Year, he has spent his entire career with the Texans.

“I think if J.J. wants to stay and ride it out and finish his career here and only play with the Texans, then that’s his decision,” Johnson said. “But I think it’s all on him, man, what he wants to do.”

Johnson, 39, also reflected on his own career. He will be on the Hall of Fame ballot next year, and he would love to one day be in Canton.

“That’s the highest of the highest, the biggest thing you could probably achieve other than winning a Super Bowl,” Johnson said. “I think anybody would want to be in the Hall of Fame. But there’s a process you have to go through, so you just go through the process and see what happens.”