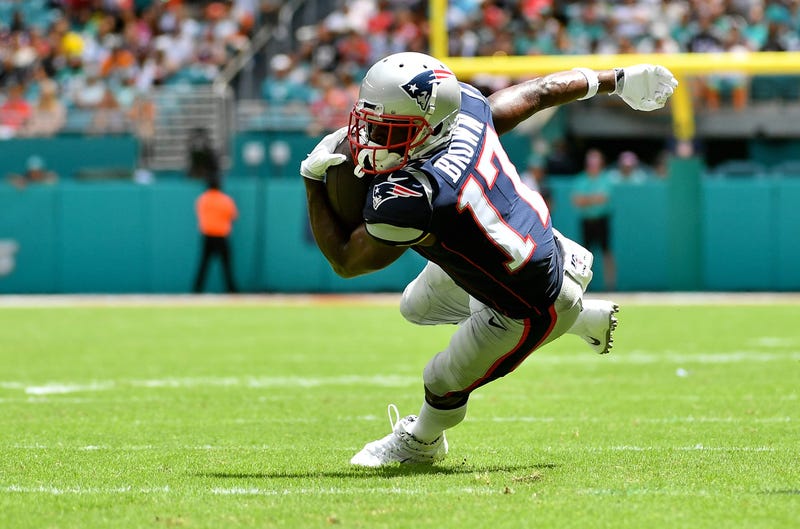 But now that he’s officially a member of the Tampa Bay Buccaneers, what can we expect from the 32-year-old wide receiver?

“He’s had a wild two-year run here,” former Buccaneers quarterback Brad Johnson said on The Zach Gelb Show. “Is he in Pittsburgh or not? Is he in Oakland or not? Is he in New England or not? But Tom’s a guy, he’s played with some different characters in his 20 years, and he played with Antonio Brown up in New England and had success at least in one game. Antonio Brown probably wants a chance to get back in the NFL. You would think this would be [his last chance]. Who knows? But it’s scary for the defense, whoever they have to face, and I’m sure he’ll have to be on the straight and narrow. Everybody is waiting to see how it’s going to work out, but hopefully this will be the right fit for him, at least for a little while.”

Brown has now been a member of four organizations since March 2019. He has played in just one game since then but hopes to revive his career with perhaps the best team in the NFC.

“They’ve made more moves in free agency this year probably than any other as far as, ‘We’re going to try to win it this year and maybe next year,’” Johnson said. “This might be the last piece of the puzzle.”

It also may have been a defensive move by Tampa Bay. After all, Russell Wilson, who is having an MVP-caliber season, was lobbying for the Seattle Seahawks to sign AB.

“Russell Wilson, he’s a guy that gets along great with guys, too, and he makes it work for guys [who are question marks],” Johnson said. “They’re a team in the NFC out there in the West that can win it also. This one may take the [Buccaneers] over the top, but the big thing is [Brown has to put the team first]. Tom is throwing the ball to 14 different guys, so if Antonio is open, it’ll go to him; if he’s not, it will go to someone else. But obviously everyone is waiting to see what happens off the field more than on the field with him.”

On the field, though, could be pretty special. Brown joins an elite group of pass-catchers that includes Chris Godwin, Mike Evans and Rob Gronkowski.

But how do you handle Brown if he’s unhappy with his target share?

“I don’t know how many of those guys have Super Bowl rings on that team,” said Johnson, who helped the Buccaneers to a Lombardi Trophy in January 2003. “That’s going to be the ultimate goal. You can play for stats, but at the end of the day, you got to play to win and try to win the ultimate prize, the ring. So keep the carrot in front of everyone’s nose, and that’s got to be the focus. That’s the driving force of Tom. That’s what he’s done throughout his whole career, so that’s it. If we’re all catching balls, then we’re probably all going to have the success that we want in the end.”