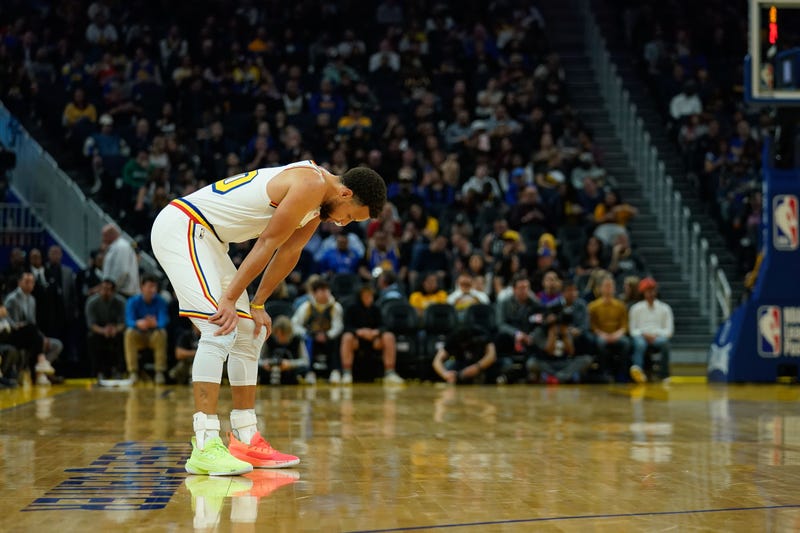 The Warriors finished a league-worst 15-50 this past season, this after advancing to five consecutive NBA Finals – and winning three of them.

With Thompson, the Warriors were eyeing a return to the Finals. Without him, they could struggle to make the playoffs.

Steph Curry, who played in just five games last year due to a broken hand, will have to lead the Warriors without Thompson, who is on the mend, and, of course, without Kevin Durant, who is in Brooklyn.

How far can Curry carry this team? Not as far as he probably should, Tierney says.

“[But] I don’t think that that’s going to happen,” Tierney continued. “They’re not going to be a top-four seed. Unless they do something I don’t see and it works out, and even if [No. 2 pick James] Wiseman pops – and he might – the kid’s 19 years old. You can’t [count on him as a rookie]. It’s unfair to the kid, and it’s unrealistic in most situations.”

“He’s not fully out of his prime yet, he’s got to pick up a lot of the loose ends here – go do it," Tierney said. “Quite frankly, Anthony Davis couldn’t do it with the Pelicans. But most of the great ones are able to do that, and as much as I love watching Steph – and as much as he’s altered the trajectory of the game – I don’t think he does it.”