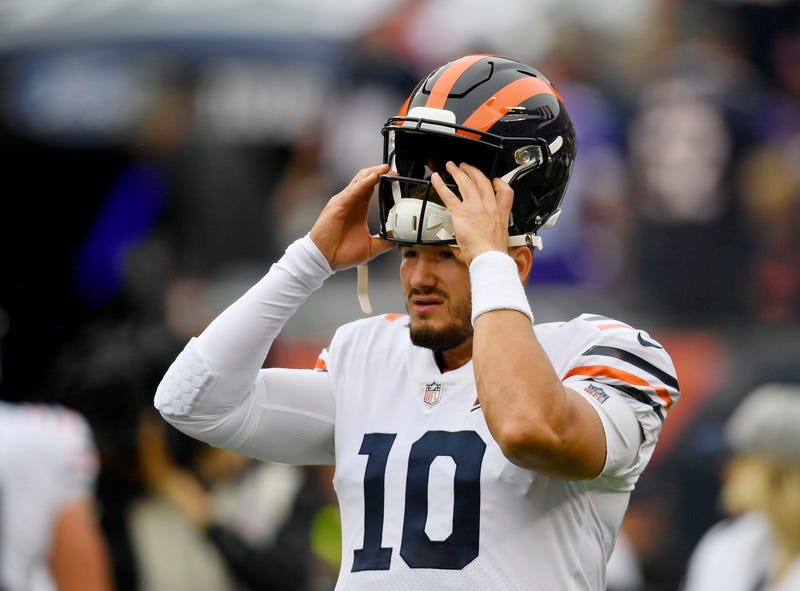 The Chicago Bears benched Mitch Trubisky in their Week 3 win over the Atlanta Falcons, as former Super Bowl MVP Nick Foles entered the fray in the third quarter. Foles led the Bears to victory that day – overcoming a 16-point deficit in the process – but he is just 2-3 as the Bears’ starter, as Chicago has dropped back-to-back games to the Rams (5-3) and Saints (5-2).

It remains to be seen if Trubisky will get another opportunity with the Bears this season, but Brian Urlacher isn’t ready to throw in the towel on the former first-round pick just yet.

“When you listen to Mitch talk – and this is going back to the last couple years – whenever they win, he gives all the credit to his teammates, to his coaches, to his offensive line, the defense,” Urlacher said on The Zach Gelb Show. “And when they lose, he says, ‘I got to play better. I got to do a better job. I need to do this, I need to do that.’ He never points the finger at anybody else – except when they win. I think that’s a great leader right there.”

While Trubisky’s character has never been an issue, his play on the field has. The second overall pick in 2017, Trubisky has never thrown for even 3,300 yards in a season and has completed a career-low 59.3 percent of his passes this year.

“I know he didn’t play great for a few games,” Urlacher said, “but . . . if I’m playing with him, it’s easy for me to get behind a guy like that who always stands up when things are’t going good [and] he’s going to take the bullet. When things are going great, he wants everyone else to get the attention. That’s the mark of a good leader.”

Urlacher also likes Trubisky’s mobility. The 26-year-old has rushed for 952 yards and seven touchdowns in his career.

“He can run,” Urlacher said. “I never really played with a quarterback who could run, so when he was playing last year, to watch him scramble around was fun for me because it’s an extra element the defense has to get ready for.”

The Bears will try to snap their skid this Sunday in Tennessee. Kickoff against the Titans (5-2) is slated for 1 p.m. ET.