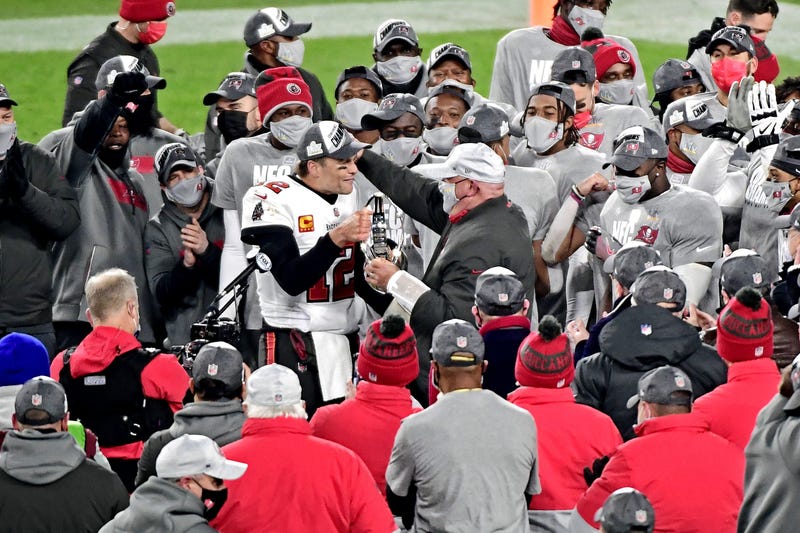 The Tampa Bay Buccaneers finished 7-9 in 2019, but even then, they believed they were just one player away from doing something pretty special.

As it turns out, they were right.

“That was a belief,” Buccaneers head coach Bruce Arians said on Tiki & Tierney. “We were a talented football team a year ago, but we didn’t know how to close games out. We kept giving games away. We had a couple games earlier this year we gave away.”

In Week 5, for example, the Buccaneers were penalized 11 times in a 20-19 loss to the Bears at Soldier Field.

“I think the Chicago game was a big turnaround for us,” Arians said. “We were heavily penalized in September, and then after that game, our players finally realized, ‘Hey, we got to quit beating ourselves.’ We became one of the least penalized teams in the league. I think Tom [was] a big part of that.”

Indeed, a six-time Super Bowl champion can have that effect on a team. On Sunday, he will play in his tenth Super Bowl – and the Buccaneers’ first since January 2003.

“When you bring guys in that have been there and done it – and we were a pretty young football team – they will follow him,” Arians said. “Tom’s a workaholic, they don’t want to let him down, and he doesn’t want to let them down. I think Tom right now is having more fun watching the faces of his teammates, going up in the playoffs and winning, as much as he’s having for himself.”

Brady has thrown for 860 yards, seven touchdowns and three interceptions this postseason, leading the Buccaneers to road wins over Washington, New Orleans and Green Bay.

Arians is surprised by none of this.

“Everybody talked about his arm [last year]. We studied that tape pretty good, and we didn’t see any downfall in his arm,” Arians said. “[The Patriots] just quit throwing it outside. Whether they didn’t believe his arm was good, I don’t know. But when we got him, he can make every throw. It was just getting all that verbiage and the way he learns, the way we teach – we were starting training camp the first time we’re ever in a meeting. We missed 600 snaps of offseason and preseason [football]. It was’t until late-October, November before we really got on the same page.”

The Buccaneers have won seven straight games since their Week 13 bye. They will play the Kansas City Chiefs in Super Bowl LV on Sunday.