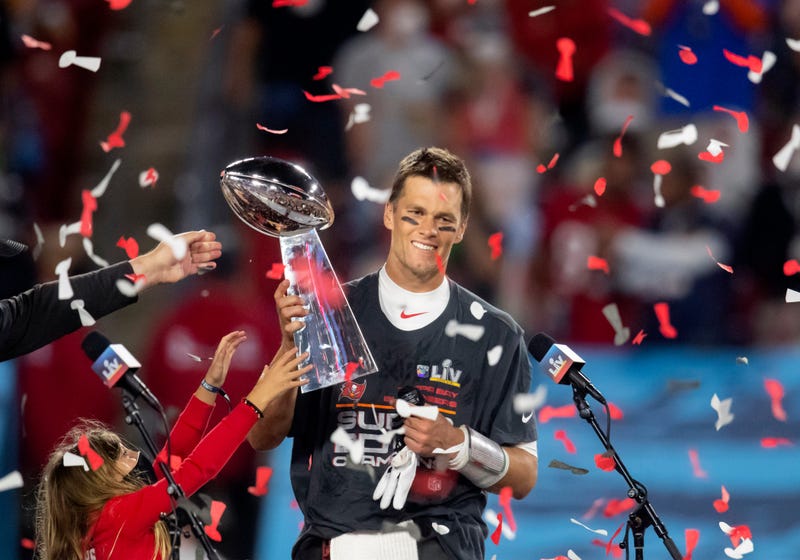 The Tampa Bay Buccaneers played inspired football in Super Bowl LV, and it showed in the final score. The Bucs blasted the Kansas City Chiefs, 31-9, as Tom Brady won his seventh Lombardi Trophy.

Brady’s pregame speech may have had a little something to do with that.

“Yeah, it was unbelievable,” Buccaneers wide receiver Scotty Miller said on The Zach Gelb Show. “Tom usually doesn’t give too many speeches to the team like that. He’s a great leader. Probably the best leader in the world. Definitely in the sports world.”

Brady, who who playing in his tenth Super Bowl, put the game in context for his teammates.

“He just talked about how this game is about honor and how if we win, we’re going to be champions forever, no one can take that away from us, how we’re going to be champions, our families are champions, our kids eventually or if we have them now – it’s just about leaving your legacy and just about honoring your teammates, honoring your family and stuff like that,” Miller said. “Go out and play as hard as we can, leave it all on the line. It was an awesome, legendary speech. I think we all had goosebumps hearing from him and I think everyone just went out there and played as hard as they possibly could. It was a great team win.”

The Chiefs beat the Buccaneers, 27-24, in Week 12 and were favored to win Super Bowl LV. The Bucs felt, well, a little disrespected.

“I think so,” Miller said. “I think there was a little bit of a chip on the shoulder of all our guys. I think you saw that. The defense definitely came out and showed it. I think the offense as well, the O-Line, just the physicality of the game that we brought was maybe a little bit due to that. But at the end of the day, it’s the Super Bowl. No matter what anyone says, I think we were going to show up and play extremely hard.”

The Buccaneers winning wasn’t exactly surprising, but the fact that they held the Chiefs without a touchdown and won by three scores? That, for many, was stunning.

But not for the Bucs.

“We all thought we had a chance to do that,” Miller said. “They had a couple injuries on the O-Line, so we knew we could get after Pat a little bit. But their offense is so great, and they always find a way to get it going. So for us to shut them down the entire game with zero touchdowns was pretty awesome. I don’t know if we expected that. I’m sure the defense did. I’m sure that’s what they strive for. They did it. They got it done. It was great.”