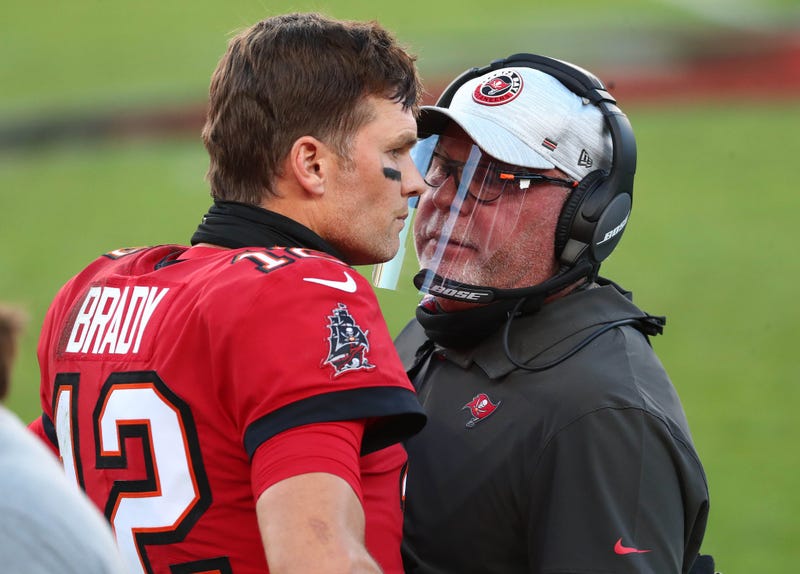 NFL players love playing for certain coaches, and Bruce Arians is one of them. The 68-year-old has an authenticity toward which players gravitate.

Carson Palmer, who played five seasons for Arians in Arizona, can attest to that.

“Absolutely – and it’s refreshing from a player standpoint,” Palmer said on The DA Show. “You look at some of the programs that these college kids are coming out of now, it’s just changed so much from when I was coming out. There’s no more old school tough football [with] coaches yelling and screaming. Now coaches are so worried about different players’ egos and making the guy upset or hurting the guy’s feelings.”

“Bruce is old school,” Palmer said. “He coaches the game the same way in 2020 the same way he did it in 2001, in ’97, in ’85. That’s his old-school [mentality]. He looks up to some of the greats – Bear Bryant and some of these coaches that are old-school in their ways and in their coaching and in their teaching. I think it’s refreshing for players. You get so used to being coddled and everything’s so comfortable and nice, everybody’s kind of walking around on eggshells. Bruce isn’t that way. Bruce is going to step on your toes and he’s going to yell and scream. I think some guys find it refreshing.”

Some, yes. But definitely not all.

“Some guys can’t handle it, and he finds out who those guys are, and before you know it, they’re on a different team or different roster,” Palmer said. “But Bruce is absolutely going to tell it how it is to you, to the media, to your mom, but he’s also going to pat you on the back and give you a hug when you’re playing well and doing what you’re supposed to be doing.”