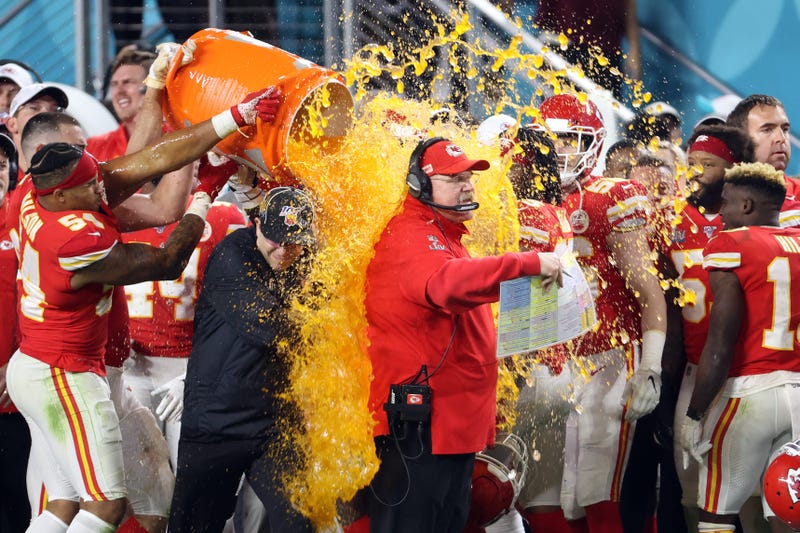 More than 100 million Americans will watch this weekend's Super Bowl, and Monday's discussions will inevitably center on the big questions. This isn't some standard championship bout. It has been billed as the most interesting Super Bowl matchup ever. This one is so intriguing because of the historical milemakers in play. Both teams, coaches, and quarterbacks can all add significant bullet points to their lore told many years from now.

5) Bruce Arians as the oldest Super Bowl-winning coachHe bounced around as an assistant for years before finally getting a head coaching job, then walked away surprisingly fast in Arizona. Once Arians ascended the mountain we figured he'd stick around awhile, but he left the Cardinals after just five seasons. When Arians returned to the sidelines with Tampa Bay last season, it seemed like a strange fit. Did a 67-year old coach want to restart with a young team? It paid dividends when the Bucs loaded up to win immediately after signing Tom Brady. Now Arians can become the oldest coach ever to hoist the Lombardi. Bill Walsh was 57. Pete Carroll was 62. Tom Coughlin was 65. Bill Belichick's last ring came at 66. Hell of a list to be on. Arians is 68, and will certainly be coaching into his 70s.

4) Andy Reid as a legendary head coachConsidering Big Red's reputation as a big-game choker throughout his career, it's amazing we sit this close to his immortality. The coaches that have won back-to-back Super Bowls are elite company. Vince Lombardi. Don Shula. Chuck Noll. Bill Walsh. Jimmy Johnson. Mike Shanahan. Belichick. All of them are in Canton besides Shanahan (who won only four division titles). Reid is almost certainly in there already with his trophy last season, but joining a list of historic teams that won two in a row would cement his place among the legends. Turning around two franchises, 11 division titles, eight conference championship games, and a possible win in this game would place him amongst the most accomplished coaches ever.

3) Tom Brady pushing the untouchable record even furtherI was incensed by Tony Romo's assertion that Patrick Mahomes will never play a bigger game in his career. Romo's rationale was if Mahomes loses this game he'll never catch Brady's record 6 Super Bowl rings. I was disgusted because we have no idea what happens over the next 10-12 years, and we shouldn't use Brady's insane amount of titles anyway as a barometer for any player ever again. If Terry Bradshaw and Joe Montana topped out at four rings with two of the greatest teams ever assembled, why would we think anyone could chase down Brady? Sure, Mahomes is on a ridiculous early trajectory, but Brady's fistful of jewelry is likely out of reach for the rest of our lives. No one should be asked to match it. That's like asking a bright tech developer to match the valuation of Amazon one day. If Brady wins a seventh ring, his record pushes even further into orbit. Otto Graham won seven league titles in the '40s and '50s, but four of them happened in the AAFC. Bart Starr tallied five championships, but three of them were before the Super Bowl. Another Brady ring would be untouchable in the modern day.

2) The Chiefs as an all-time teamThe list of back-to-back Super Bowl champions is the who's who of NFL greatness. Lombardi's Packers. Shula's Dolphins. The Steel Curtain. Walsh's Niners. The '90s Cowboys. Elway's Broncos. Belichick's Patriots. These are the teams that live forever. Meantime, a loss slides the Chiefs back to the pack of so many one-hit wonders. Last season delivered a trophy back to a passionate fan base and a snakebitten franchise. A second would make this Chiefs team immortal. Landry's Cowboys couldn't do it. The '85 Bears fell short. Bill Parcells, Joe Gibbs, John Madden, Peyton Manning, Brett Favre, and the Legion of Boom didn't repeat. It's incredibly tough, meaning it's reserved only for the legends.

1) Patrick Mahomes as Hall of Famer at 25His career accomplishments are already remarkably impressive and he's only three seasons into being a starter. With a win on Sunday, he'd reach an even higher plateau. He'd be a guaranteed Hall of Famer. Every other quarterback who won back-to-back Super Bowls is in Canton. Bart Starr, Terry Bradshaw, Joe Montana, John Elway, and Brady (a lock). Even Bob Griese has a bronzed bust yet threw a total of 18 passes in the two Super Bowls. Back-to-back rings will earn that. Forget trying to track down Brady as mentioned above, this game is about putting Mahomes on a mountain top, and into NFL lore, before the age of 26.

Damon Amendolara, known by his fans as D.A., hosts “The D.A. Show,” from 6:00AM-10:00AM, ET, across the country on the nation’s largest 24/7 major-market radio network. “The D.A. Show” is known for its unique perspective on sports, tongue-in-cheek sense of humor, colorful listener interaction, and candid interviews with athletes and coaches. Amendolara also appears regularly on NFL Network as part of the “NFL Top 10” documentary film series, CBS television and SNY TV. He is a Syracuse University grad and native of Warwick, N.Y.