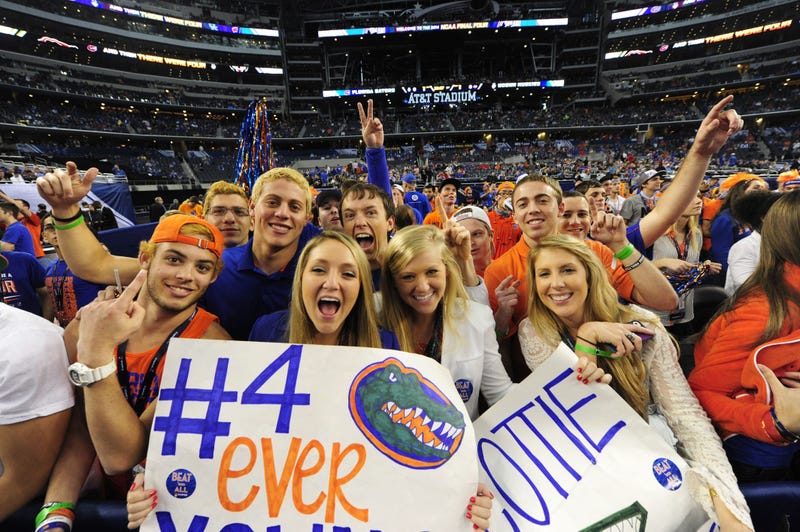 Some teams are lucky enough to have a de facto home-court advantage in the NCAA Tournament, but often that advantage occurs in the opening weekend. In 1994, however, Florida, a 3-seed, played in the Sweet 16 and Elite 8 in Miami.

“It let us know that Gator fans are not just football fans,” Cross said on The DA Show. “It let us know that throughout the entire state of Florida, at that point, nobody cared if you were FSU fans, if you were Miami fans, or any other state fans. We were representing the entire state of Florida. At that time, FSU had Sam Cassell and Charlie Ward and Bobby Sura, and Miami had a nice squad as well. So we were representing the whole state of Florida and Florida basketball. [Florida isn’t] known for basketball. Florida is known for football, [as] a football state.”

“It allowed us to represent basketball in a whole other light, a whole other manner,” said Cross, who averaged 15.7 points, 3.9 rebounds and 3.9 assists that season and led Florida to a 29-8 record. “To see a sea, an ocean, of orange and blue, it almost felt like we were back at Ben Hill Griffin Stadium for a football game in front of 80-, 90,000 people. That’s what it felt like. We wanted to prove that we were deserving. We didn’t want to disappoint.”

While Cross was the leading scorer, Florida was far from a one-man band. Craig Brown and Dametri Hill averaged 14.8 points and 12.7 points, respectively, for the Gators, while Andrew Declercq averaged 8.8 points and 7.9 rebounds.

Florida beat James Madison, Pennsylvania, Connecticut and Boston College in the tournament before falling to Duke, 70-65, at the Final Four in Charlotte. It was Duke’s fourth trip to the national championship game in five seasons.

“It was definitely a battle – a game that we believe we should have won,” Cross said. “We were up 12 or 13, if I remember correctly. There’s a guy by the name of Grant Hill – I don’t know how many people may know that name – but he decided to put his cape on and lead his team to victory. But definitely it was an exciting game. If you were a fan, it was definitely a game to watch and people definitely got their money’s worth."