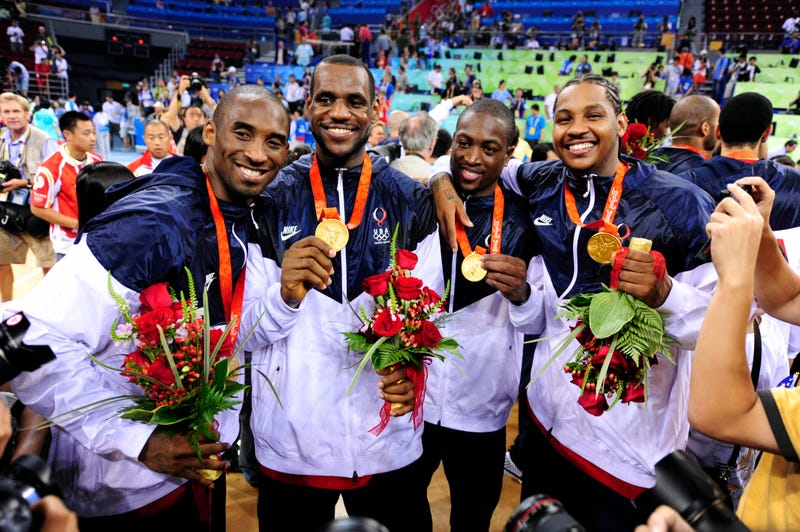 “I was at the Olympic Games in Shanghai before the 2008 Olympic Games, which was the first gold medal that Kobe won with the USA,” Blatt began on The Zach Gelb Show. “I arrived there with the Russian national team as head coach of that program and couldn’t sleep because of the time difference. I found myself going down to the weight room at 6 in the morning just to get a little workout. I couldn’t sleep anyway. And there’s Kobe Bryant lifting weights all out, sweating and really activating himself.”

Blatt was surprised, to say the least.

“We looked at one other and of course I said hello and he said the same,” Blatt said. “He was so respectful, particularly of coaches who lived and worked in Europe. Kobe has a very rich European background, having grown up for part of his young life in Italy. We had a wonderful conversation.”

And then Blatt asked the question.

“Finally I got my nerve up and said, ‘Kobe, I’m here because I can’t sleep. What are you doing here at 6 in the morning?’” Blat recalled. “He said, ‘Coach, this is every day for me. This is what I do. This is who I am.’ I never forgot that.”

“Of course when I saw him later in the NBA environment, I remembered it well,” Blatt said. “That kind of attitude and that kind of behavior, which he shared not only with others as a player but shared going forward with the things he did in life – his commitment, his dedication, his energy, his desire to be the very best that he could be and hopefully help others around him to be the very best that they could be – was evident in his day-to-day. We are what we do, and I think that’s how Kobe lived his life.”