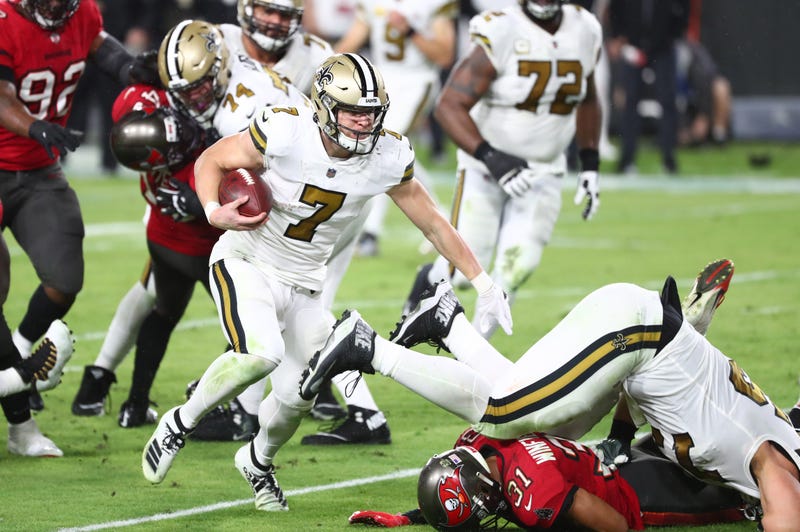 With Drew Brees slated to miss at least two to three weeks with broken ribs and a collapsed lung, Sean Payton and the New Orleans Saints will likely turn to Jameis Winston at quarterback. True, Taysom Hill often gets quarterback snaps for the Saints – and he could very well be the starter next season.

But next season is next season. And the Saints are focused on the here and now.

“I think this team, they haven’t turned their attention to 2021,” former Pro Bowl running back and Super Bowl champion Deuce McAllister said on The DA Show. “You’re going to have to change the offense whether it’s Taysom Hill or Jameis Winston. Not everything that you do, but both of those guys have different strengths or they do different things than what Drew does himself.”

Winston, who led the league in both passing yards (5,109) and interceptions (30) in 2019, is known for taking shots down the field. Hill, meanwhile, is the ultimate gadget player and does the bulk of his damage on the ground, though he has proven to be a capable passer and receiver.

The Saints (7-2) are atop the NFC South and trail the Packers (7-2) for the top spot in the NFC. The Saints fell to the Packers, 37-30, in Week 3 but have since won six straight games. Three of those wins have come by a field goal, including two in overtime.

“When you talk about looking forward to next year in the evaluation plan, this team isn’t in that phase,” McAllister said. “Right now they are second in the NFC. They have their eyes set on qualifying for the playoffs, and when you have to get to the evaluation point for next year, that’s where they’ll eventually head to.”