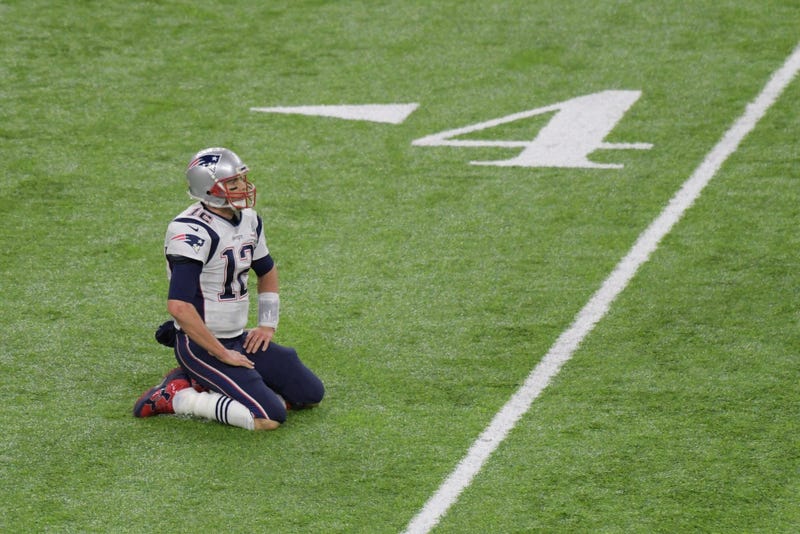 Tom Brady isn’t the first quarterback to change teams late in his career. After all, Peyton Manning played his final four seasons in Denver and even led the Broncos to a Super Bowl title.

But don’t expect Brady to necessarily do the same in Tampa Bay.

“Don’t get me wrong. Tom is the greatest of all time, [but] you got to understand it’s different than when Peyton Manning went to the Denver Broncos,” six-time Pro Bowl quarterback Donovan McNabb said on The Zach Gelb Show. “The Denver Broncos had a solid defense and they brought DeMarcus Ware in. They brought some more veteran players on the defense in. Peyton brought his offense in. Everyone on that offensive staff . . . all had to learn Peyton Manning’s offense from Indianapolis. I don’t know if that’s going to happen in Tampa. Bruce Arians is all about his offense. Most of his quarterbacks have struggled in their first year in that offense.”

Like Carson Palmer, who threw 24 touchdowns and 22 interceptions in his first season in Arizona. Jameis Winston, meanwhile, threw 33 touchdowns last year – but 30 interceptions.

Brady, who turns 43 in August, also has some physical limitations at this stage of his career.

“Tom’s not a downfield thrower,” McNabb said. “That’s not going to work in the risk-it, biscuit offense. There’s going to have to be a little give and take from Bruce Arians and also Tom.”

But wouldn’t Arians automatically defer to Brady regarding the offense?

“You would think, but a lot of these coaches have egos,” said McNabb, who played 11 seasons for the Eagles before pitstops in Washington and Minnesota. “Those are things you have to go through when you go to a new team. You got to learn a new offense – some things you might not be comfortable with. Bruce Arians, he’s an older guy that’s been in this league for a long period of time, and he understands the climate change that’s been happening over the last five to seven years. So there will be a little give and take. From the outside, we look at it like, ‘This is the greatest of all time coming to play with you. You better change the offense.’ Some coaches [don’t].”

As for Winston, McNabb believes the Patriots, ironically enough, would be a perfect fit.

“For Jameis, he’s changed his life over the last two years or so,” McNabb said. “If he can get under an umbrella in which they continue to teach him and develop him, eliminate those turnovers but still stay at that high clip of throwing for 4,800 to 5,000 yards, that’s what Josh McDaniels wants to do. Josh McDaniels wants to air it out. When you have a guy that can get the ball down the field, is smart, you’ve never heard anything negative about his football IQ – people have compared him to Peyton Manning with his mentality. When you do that, I think that’s the best place for him. And you could probably get him for cheap right now, probably for a two-year deal, and be able to develop him the right way to be a long-term answer.”