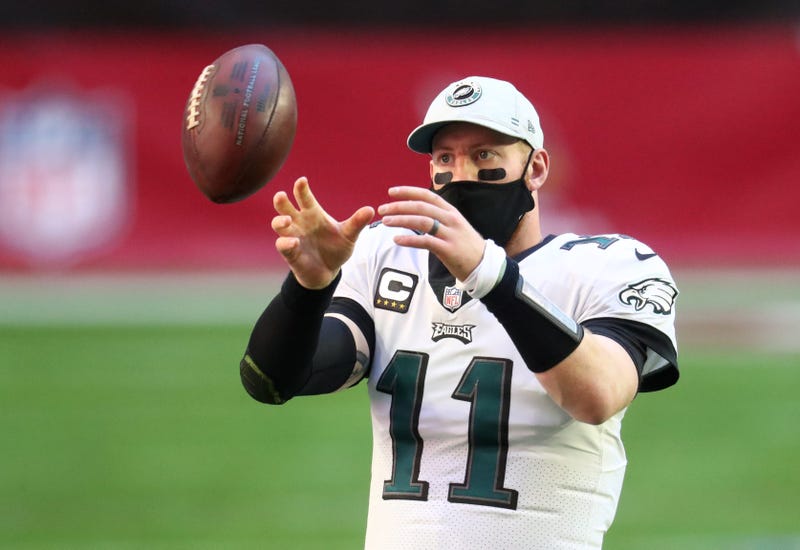 According to NFL insider Adam Schefter, Carson Wentz reportedly remains unhappy in Philadelphia, and for Donovan McNabb, the writing is on the wall.

“He wants out,” McNabb said on The Zach Gelb Show. “Go back to the press conference that [Eagles coach] Nick [Sirianni] had. Did he say that Carson Wentz was his guy? Did he even mention anything about the starting quarterback?”

Nope. In fact, Sirianni said there would be an open competition at every position.

“First of all, didn’t you get brought in there to possibly help Carson and to keep Carson there? And you say that?” McNabb said. “That just tells you more. Carson has no confidence in anybody in that organization to make the right decision for him. He feels everybody has turned their back on him. That’s usually what happens when you don’t play well or people in the organization start talking.”

At this point, McNabb believes the Eagles should trade Wentz.

“Yes,” he said. “But the problem is Howie [Roseman] is so tied to him that his job pretty much is on the line. People are questioning how he even still is working as the GM. . . . It helped [that] he won the Super Bowl, but you ain’t done nothing since. You fire Doug [Pederson], but [Roseman] still has his job? Carson is tied to the hip with him. So if they trade Carson, that puts a little gasoline around Howie, that something has to be done – or you got to get a great trade for Carson to help you out.”

As for the aforementioned Sirianni, McNabb has doubts. When Sirianni was named head coach, McNabb had the exact same reaction as many Eagles fans.

Sirianni, 39, was the offensive coordinator in Indianapolis for the last three seasons. Only he didn’t call plays. Colts head coach Frank Reich does that.