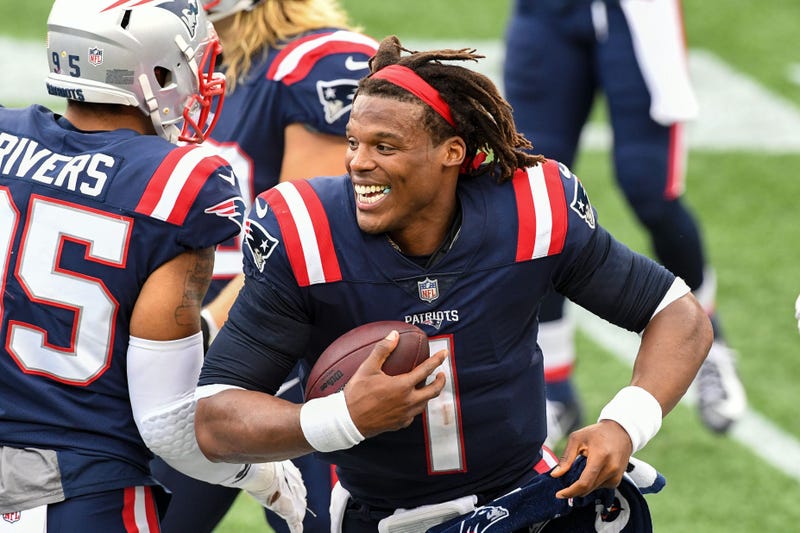 When it comes to personality, Bill Belichick and Cam Newton are polar opposites. Belichick is often quiet and stoic, while Newton is often loud and loquacious. On the surface, it seems like a combustible combination.

Newton, as it turns out, has nicknames for various Patriots. But Belichick publicly praising a player? That doesn’t happen often.

“First of all, I think it’s genuine, so you can take it at face value, first and foremost, that he really does just genuinely appreciate the guy the way the guy has integrated himself into the team,” former Patriots quarterback Drew Bledsoe said on The Zach Gelb Show. “But second, Cam has kind of been kicked around a little bit and then injured and so on. One of the more important things you can have as a quarterback is just confidence. I’m sure there’s some component of it that, beyond just being honest about how much he appreciates the guy, really trying to kind of build his confidence up a bit.”

When Tom Brady bolted in free agency, the Patriots, many assumed, would rebuild. Three games into the 2020 season, however, that seems unlikely. Newton has thrown for 714 yards, ran for 149 and accounted for six touchdowns (two pass, four rush) to two interceptions.

“He looks great,” Bledsoe said. “He’s healthy. He’s doing some of those things that are unique to him in terms of being able to run and be physical, but he’s also sitting in there and throwing the ball accurately. The Patriots, they’ve got their entire offensive line healthy, [and] they’re giving him good protection. When he has good protection like that, he’s sitting in there and operating as a pocket passer, and he looks really, really good. Plus you can just see and hear talking to him, he’s happy, man. He knows he’s been given a great opportunity and he’s jumped into it, and he seems like he’s taken full advantage of it.”

Zach Gelb wonders if Newton, due to his mobility, might actually get more out of the Patriots offense than Brady would have.

“I think that’s certainly helpful,” Bledsoe said of Newton’s mobility. “It puts a different kind of stress on a defense and limits what they can do in some ways defensively. For example, it’s a lot more dangerous for a defense to play man coverage if you’ve got a quarterback that can run because then the defense has their back turned to the quarterback. So it forces them into more zone coverage. But he’s still got some decent guys. N’Keal Harry, I thought he was going to be a great player coming out of college. It took him a little while to get going last year. Obviously you still have Jules [Julian Edelman] there. If they keep all of their linemen healthy throughout the entire season, that allows guys more time to work to get open and allows the quarterback to be more accurate.”

Newton, who is perhaps the biggest bargain in football, signed a one-year deal with the Patriots this past offseason. Bledsoe believes a long-term contract is possible, if not likely.

“It sure seems like it,” he said. “I know that Belichick has been effusive in his praise of Cam, and Cam, it was crazy that he was on the street as long as he was. I think [maybe] people were concerned that he just wasn’t healthy yet, but I know he’s thankful the Patriots gave him that shot. I think there’s some mutual admiration there. I could actually see them signing him up to a longer-term deal before the season [ends].”