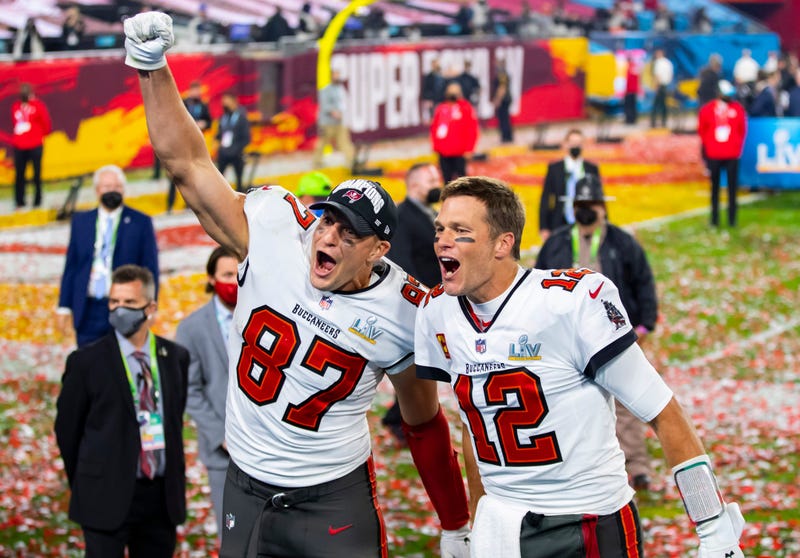 “I think we’re going to see as insane of an offseason as we’ve seen in our lifetime,” NFL writer Tyler Dunne said on The DA Show. “It’s going to be unbelievable. The game last night was awesome, but the fun really begins right now.”

Indeed, kudos to Tom Brady for winning his seventh Super Bowl on Sunday, and kudos to the Buccaneers for winning their second Lombardi in franchise history, this after a 31-9 beatdown of Patrick Mahomes and the Kansas City Chiefs.

But now things are about to get really interesting.

“Just in terms of quarterback movement, we’re going to see trades,” Dunne said. “I know the Texans are saying they’re not going to deal Deshaun Watson and this and that, but he doesn’t want to play for you. You could get pretty much anything you want for him, and once that domino tips – this is a different NFL. This isn’t the NFL from four or five years ago when it just seemed like for anybody to do a trade, everything just had to be aligned perfectly. I think that with players speaking up more and taking back a little power and not being afraid to say how they feel and it doesn’t really matter what their contract situation is – teams are kind of caving in and giving in – it doesn’t really pay to just kind of be quiet and play anymore.

“If you want out today, you can speak up and you’ll be traded,” Dunne continued. “I think we’re going to see a lot, and I think it’s going to be a lot of fun. It’s good for the game to just kind of see these big names changing teams.”