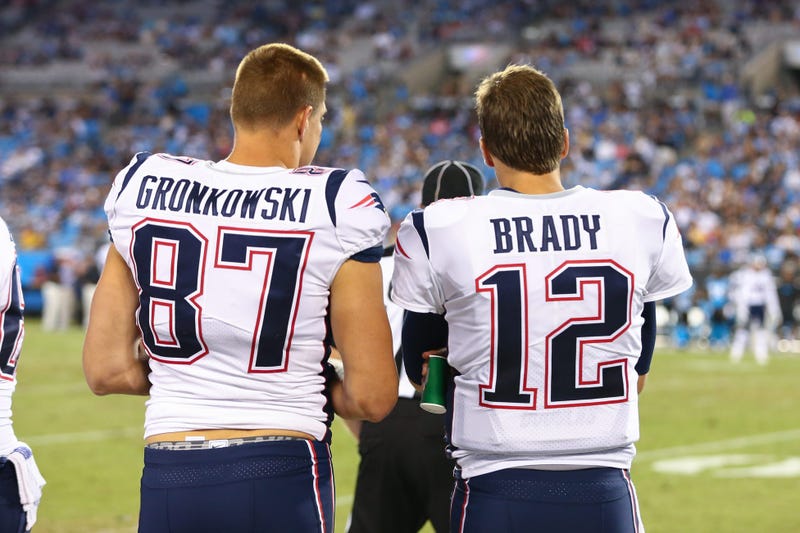 Reggie Kelly saw a lot during his 13 NFL seasons, many of which ended with Tom Brady and the New England Patriots hoisting the Lombardi Trophy. But when news broke that Brady was leaving New England for Tampa Bay, Kelly, who had grown accustomed to expecting the unexpected, was stunned.

“I never saw this happening,” Kelly said on After Hours with Amy Lawrence. “I never thought that Tom Brady in a million years would leave the Patriots. Never. I though he would retire a Patriot. But wow, you just never know in the NFL. We always know the NFL is an acronym meaning Not For Long. That means for a particular team that you may play for as well.”

Indeed, after 20 seasons and six Super Bowl titles, Brady is heading south. The Buccaneers haven’t made the playoffs since 2007, but Brady, who turns 43 in August, plans to change that.

“It’s going to be very exciting to see what Bruce Arians and the Tampa Bay Buccaneers do with such a potent quarterback and bringing in so many great weapons to be around him as well,” said Kelly, who played for Arians at Mississippi State. “Especially with a big-time tight end like [Rob] Gronkowski. He’s going to bring a lot of life to the city, a lot of explosion to the team.”

Gronkowski, 31, returned to the NFL after a year off. A four-time first-team All-Pro, he helped Brady win three Super Bowl titles.

Kelly, who retired in 2011, was asked if he ever got the itch to return to the NFL.

“Absolutely not,” he said, laughing. “It feels good to wake up on a Monday morning not having to soak, not having to ice, not having to hear a coach [rip] your head off for minor mistakes. It feels absolutely great to just wake up and just have your kids pulling your hair out, instead of your coaches. I’ll take that any day.”