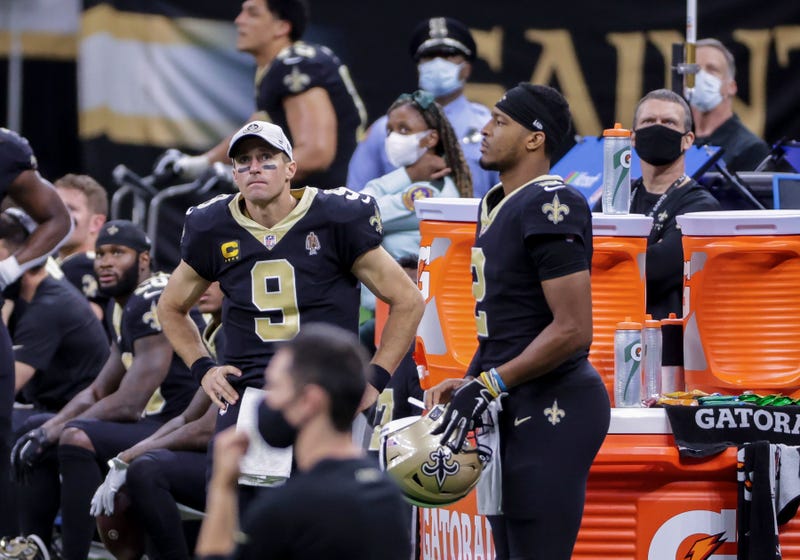 The New Orleans Saints will be without Drew Brees for at least two to three weeks, this after the 41-year-old quarterback suffered fractured ribs on both sides of his chest, along with a collapsed lung, in a 27-13 win over the San Francisco 49ers this past Sunday.

The Saints (7-2) will now turn to Jameis Winston at quarterback. That is, of course, unless they turn to Taysom Hill.

Ultimately, who will start this Sunday against Atlanta (3-6)?

“I expect it will be Jameis Winston, and there’s a couple things I think in play there,” former Saints offensive lineman and current play-by-play voice Zach Strief said on The Zach Gelb Show. “Losing Drew is a big deal, and it hurts your team. Losing Taysom Hill and all of the different things that he does on the field is also difficult. He plays a huge role in our offense. He’s a running back, he’s a quarterback, he’s a wide receiver, he’s a tight end, he’s the personal protector on the punt team, he’s the R4 on the kickoff team – he plays kind of all over the place, and you’re not going to start him at quarterback and have him play personal protector, although he may be willing to do that for you. I think what you’re really able to do with Jameis is you’re able to run more similar of an offense than you would with Taysom.”

The 30-year-old Hill is the epitome of an all-purpose player. This season, he has thrown for 86 yards, rushed for 186 yards and a touchdown, and has six catches for 74 yards and a score.

“I really do believe Taysom can start in the NFL,” Strief said. “I really do believe that. I think we’ve seen incredible improvement from him in the throwing department. He’s become so much more accurate. He’s worked so much with Drew. But at the end of the day, for Taysom Hill to be successful in the National Football League, you need a new offense, and I think that’s a tough change for everybody around him to halfway through the season say, ‘Hey, we can win with this guy, but it’s going to look completely different.’ I think with Jameis you can operate within the system that you have.”

“I think the [Saints’] play-calling is going to be different [with Winston at quarterback],” Strief said. “Sean Payton will play to his strengths. I think Jameis Winston’s best ball is the deep ball, so you’re basically looking at the opposite offense of what the Saints have been doing for the last three years. I think they’ll give him more opportunities to get guys in single coverage and get the ball out there and let a guy go make a play and not force him to incrementally drive the ball all the way down the field. I think it will look very different offensively, but I think it works within the context of the offense better with Jameis Winston.”