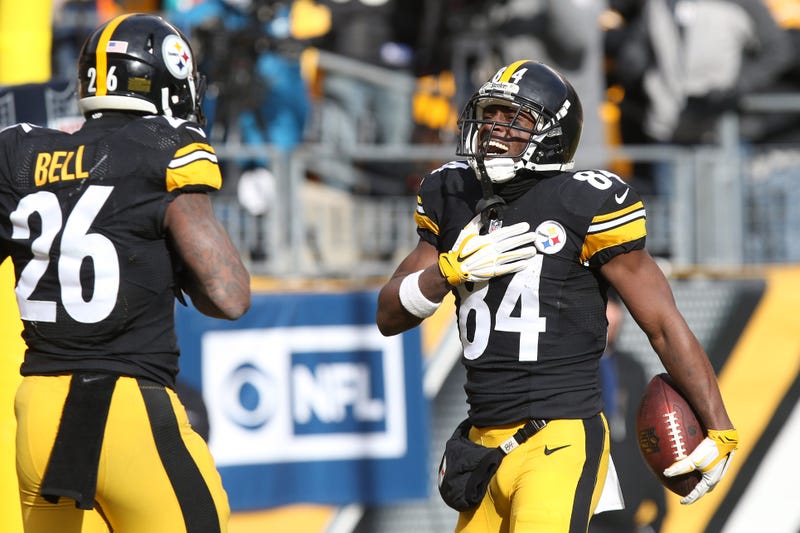 There was a time – 2013 to 2018 – when the Pittsburgh Steelers had perhaps the best wide receiver and running back combo in the NFL. Indeed, Antonio Brown and Le’Veon Bell helped Ben Roethlisberger and the Steelers win a lot of games.

Unfortunately, both players left Pittsburgh under controversial circumstances. Bell sat out the entire 2018 season due to a contract dispute, while Brown was benched in Week 17 that year after a heated altercation with Big Ben.

Ramon Foster, who spent his entire 11-year career with Pittsburgh, recalls that season vividly. In fact, he was not happy with Bell’s decision to hold out, especially with the Steelers coming off a 13-3 season in 2017.

“We were going all-in and we probably knew that window was closing for one more [run],” Foster said on The Zach Gelb Show. “There was communication between he and I, and [there was an] assumption more than anything that he was going to show up after camp. He didn’t. So it was almost like, ‘Well, I guess it’s just us.’ When you put your life and body on the line for somebody in the sense of the game, he’s still your brother, but disagreements happen.”

In 2019, Bell signed a four-year, $52.5 million deal with the New York Jets. He was released in October and now backs up Clyde Edwards-Helaire in Kansas City.

“We saw each other after the Jets game last year,” Foster said. “It is what it is. You move on from it. You grow from it. My biggest gripe from him was this: never, ever, as your PA rep, ever give money back to the team. But he felt like it was a win for him to not play and he still got paid. I’m a guy, if they’re going to give you the bread, take it and fake a hamstring [injury] for all I care. Just get in the building and collect it because that window of making money is short. There’s millions of people who would love to be in that position, and we sometimes as athletes take it for granted. But I know the business side of it. I get it. You want to use your leverage. So be it. Lesson learned for everybody else. I think he might have helped out some other guys that signed recently. So that’s just how the game goes sometimes.”

As for AB, Foster said that “lack of communication” between Brown and Big Ben was the root of the problem.

“To say there was bad blood, I don’t feel like it was bad blood,” Foster said. “I feel like it was misunderstandings. When you know the air is thick but you never address an issue or you never say, ‘Hey, it’s my bad,’ or, ‘That’s on me,’ I feel like that’s what kind of happened at the end of it. Of course, I talk to Ben still. AB and I communicate. I’m rooting for AB. I was one of the first ones beating on the drum for him this year, saying AB is going to get signed. You know he can play, and I really hope they find a way for him to get involved more in that offense in Tampa right now.”