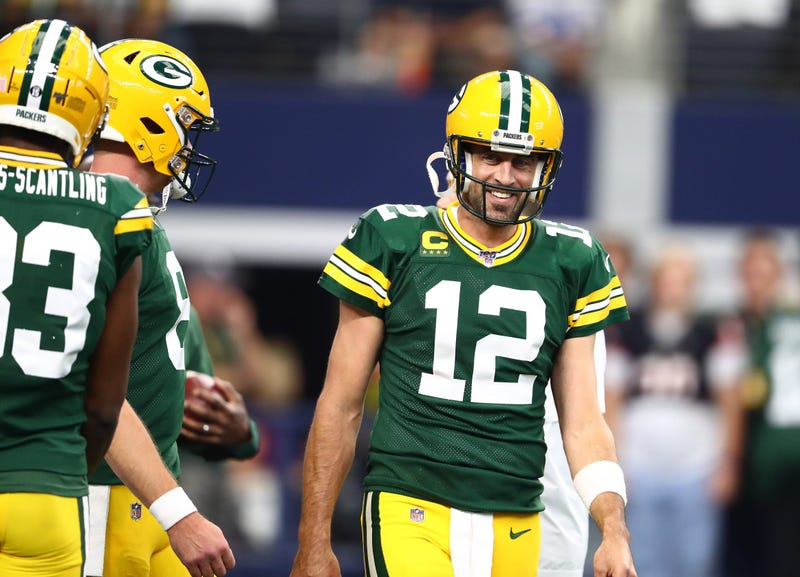 What could Rodgers have been thinking after Green Bay traded up to draft the Utah State product with the 26th overall pick?

“I’d be speculating, but I’m sure he was surprised, no question,” former Packers linebacker A.J. Hawk said on After Hours with Amy Lawrence. “But it’s got to be kind of weird. I think the most probably frustrating thing if you were in Aaron’s shoes is the questions he’s going to get [from media] whenever they do go back to the facilities. I think Aaron and Jordan Love are going to get along great, honestly. I feel like that’s not going to be an issue at all. The hard thing for Aaron will probably be just the multiple questions about, ‘What’s the relationship like? What are you thinking?’ That will be a continuing thing going on. I’m sure he just wants to talk about the current team and what’s going on. It’ll be really interesting once players get back in the facilities.”

It’s easy, if not tempting, to assume that Rodgers will have a frosty relationship with Love, that he won’t go out of his way to help the rookie. Hawk, who played with Rodgers from 2006 to 2014, doesn’t believe that will be the case.

“I would have no issues or worries about Aaron being a mentor and all that,” Hawk said. “He’s going to be great, and it’s going to be huge for Jordan Love to sit there and learn from him in meeting rooms every single day. Things like that will be huge. But it’s all the other stuff outside of that that you have to deal with, when people feel like there’s a death in the family or something – like, ‘How are you handling this?’ ‘We’re talking about football here. They drafted a guy that’s not going to start right now anyway. I’m the guy still.’ So It’s more the outside-the-locker-room stuff that’s going to be the most frustrating part to deal with.”