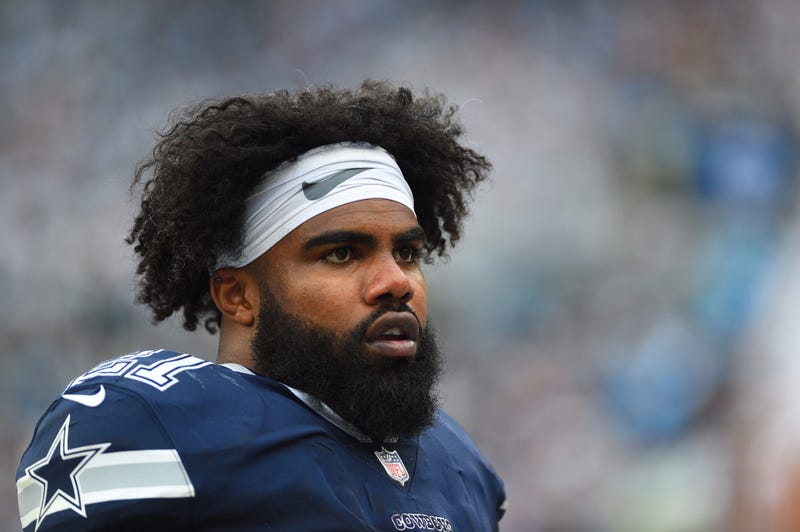 “I think that outside of his physical talents, it was his mind, his mental talents,” Frerotte told JR SportBrief, reflecting on what made Elliott special. “Zeke is very smart, understood the game very well, played it from the time he was a little kid. We were at John Burroughs School in St. Louis, and it was a very academic school. We didn’t have a lot of players. We didn’t have a lot of players that knew a lot about football. So a lot of times when I needed somebody to show them what to do – and I couldn’t do it physically because I was older and beat up – I would say, ‘Hey, Zeke, can you go do that?’”

“Even if it was left tackle, he knew what to do because he knew the game so well,” Frerotte said. “I think that helped him get to . . . Ohio State and promote him to where he is now. He’s just a smart player. And the physicality that he plays with, he put on some weight since high school, but we saw the talent in high school. I think the biggest thing was hopefully he learned a little bit about how to be a leader and push the team in the right direction. That’s really what I tried to emphasize with him in high school.”

Elliott has had a fantastic career. He won a national title at Ohio State, he was the fourth overall pick in 2016, and he’s twice led the NFL in rushing. Unfortunately, for whatever reason, Elliott feels he is not getting the respect he deserves.

No stranger to controversy, Elliott has been harshly criticized at various points in his career.

“I think maybe some of his off-field stuff, when you have some of the situations he had, sometimes they criticize you for that,” Frerotte said. “But he’s with the Cowboys organization, he’s proved that he’s an elite running back, and I think that they haven’t gone deep into the playoffs and won those games they need to win. Until they do that, you’re always going to have that type of criticism. I feel like Zeke can break through. They need leadership from him and Dak. They’re going to have a new coach in Mike McCarthy, and I think Mike is going to try to solidify some of that stuff.”