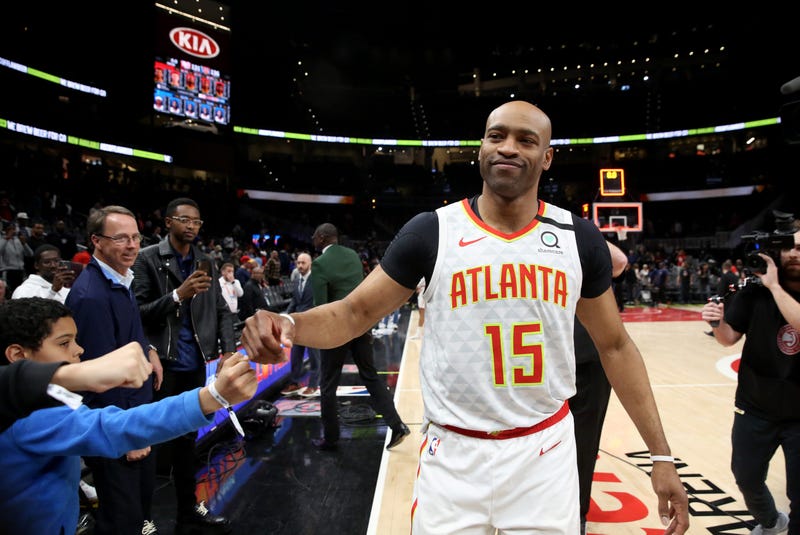 Vince Carter was the fifth overall pick in 1998. He was selected just a couple of days after Michael Jordan won his sixth NBA title.

That’s how long Carter, who retired this year, has been in the league. In fact, he is the first player in NBA history to suit up in four calendar decades.

“I think it’s [impressive] to see any player play any sport for 22 years,” Hawks coach Lloyd Pierce said on The Zach Gelb Show. “Vince is a humble – extremely humble – Hall of Famer. He will be a Hall of Famer. He deserves to be a Hall of Famer. He has all the accolades. But the greatest thing about him is his humility. He has a presence in the locker room, but he never took advantage of his presence or credibility. He wanted to be a team player, he wanted to be a coachable player, and he wanted an opportunity to compete – and I really respected that the most in his two years with us here in Atlanta.”

The Hawks (20-47) did not qualify for the NBA restart, so Carter’s last game was March 11 against the Knicks. Atlanta lost 136-131 in overtime, but Carter entered the fray in the final seconds for one last shot.

“I’m just glad the fans were yelling at me to get him back out there because I didn’t have a clue,” Pierce recalled. “Obviously we knew the season was coming to an end. There were some hints about it when we got into the locker room at halftime, but we had crawled back to create an overtime game [against] New York. It just got away from us in overtime, so I was still in that competitive mode. You see the game getting away, so I’m just thankful for our fans of really being engaged and understanding the moment, and we were able to get Vince back out there.”

Carter drilled a three-pointer from the top of the key. It was the last shot of his career.

“Trae [Young] did a good job of just getting him the basketball in one of our sets,” Pierce said, “and obviously New York, they knew the moment as well. They didn’t try and defend it and Vince did what he always does. He stepped up and made a clutch three and that’s the way his career has ended.”

Carter, 43, played for eight NBA teams and was an eight-time All-Star. He won the Slam Dunk Contest and an Olympic gold medal in 2000, famously dunking over France’s Frederic Weis.

Click below to listen to Pierce’s interview in its entirety.