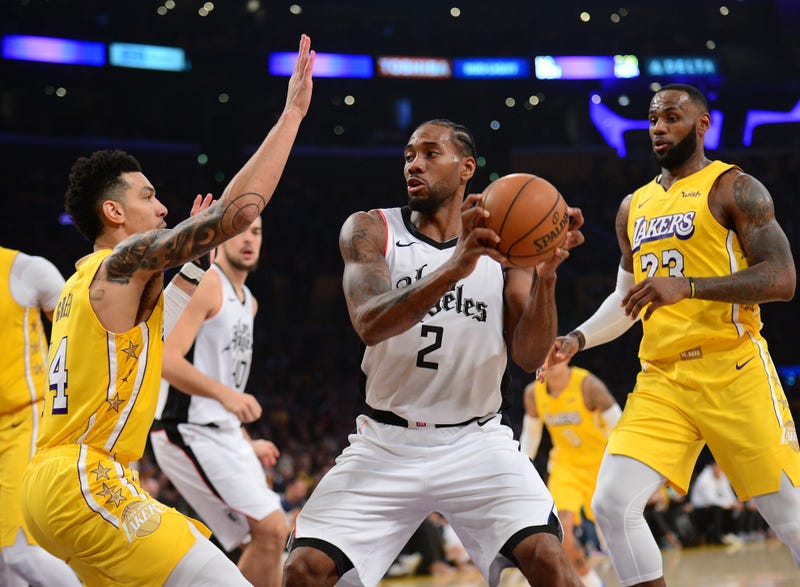 But if you’re hoping for 48 minutes of scintillating action in each – or either – game, well, you may want to temper your expectations.

“Let’s be clear: these are glorified exhibition games,” Bleacher Report senior NBA writer Howard Beck told Shaun Morash and Andrew Bogusch, who were filling in as hosts of The DA Show. “These games matter in the standings, but it’s eight games. The Lakers would have to screw up royally to lose the No. 1 seed. If you’re a team that’s still jockeying for position – even jockeying for position, for what? There’s no home-court advantage to pursue. But you might want to change where you are in the standings. Especially if you’re the Dallas Mavericks, you might want to get out of the seventh seed and get up to six.”

“There are some teams that have something to play for,” Beck said. “Obviously there are a handful of teams chasing the 8 seed, mostly in the West. But for most of these teams, these are exhibition games. They’re glorified exhibitions. It’s to get back in rhythm, to get tuned up, to get the feel of competition again – and when those eight games are over, six teams are going to go home and the real teams will start playing the playoffs.

“Until then, you don’t want to get LeBron or Anthony Davis or Paul George or Kawhi Leonard or Giannis – any of these guys, you don’t want them getting injured,” Beck continued. “Yes, there will be a limit on minutes for guys. No, I don’t think we’re going to see the same level of intensity for these games as you hope you would in a few weeks when we get to the playoffs.”