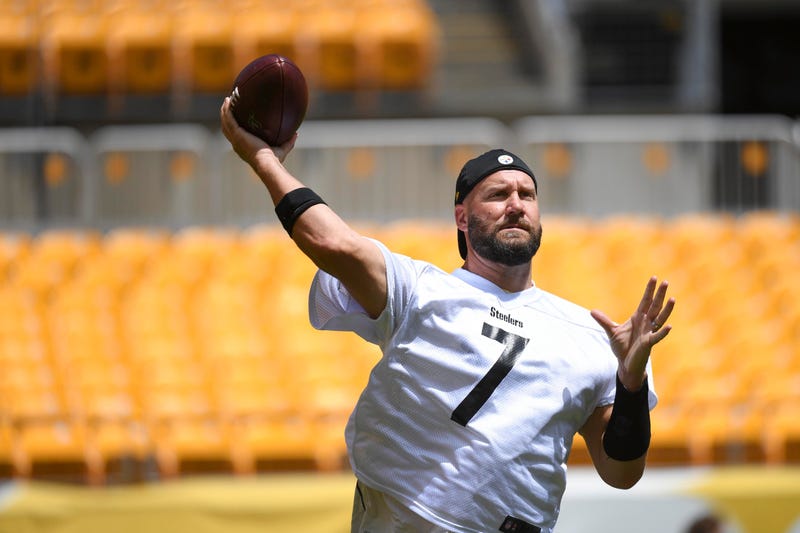 But you might not think of Ben Roethlisberger – and if you do, he’s probably, at best, the sixth or seventh quarterback who enters your mind.

“[He’s] highly underrated,” Taylor said on Tiki & Tierney. “If you just look at his resume, he’s underrated. If you’re talking about a quarterback that at least gives [a] franchise a chance every year, it’s [No.] 7.”

Brandon Tierney isn’t so sure that Roethlisberger is underrated. It seems most football fans respect him, no?

“They respect him, but he don’t get the Aaron Rodgers, he don’t get the Tom Brady, he don’t get the Drew Brees [love],” Taylor said. “But he’s got more rings than [Rodgers and Brees]. I’m sitting on two of them. You’re talking about sitting on one. . . . So why shouldn’t we give that man that respect? Because he’s not pass-happy like every other coordinator? Because he understands during the playoffs it takes defense to win championships? That’s the recipe for Pittsburgh. There’s a reason why they’re sitting on six [Super Bowl titles] right now.”

Roethlisberger, 38, missed 14 games last season due to elbow surgery. It was the first time in his career that he missed more than four games. In fact, he had played in at least 14 games in five of his previous six seasons.

At this stage, at this age, can we really expect Big Ben to still play at a Super Bowl level?

“Drew Brees had a serious injury early in his career. He’s stayed healthy for the most part,” Taylor said. “Aaron Rodgers, he’s been in and out. He’s been very inconsistent. Helluva Hall of Fame quarterback, but very inconsistent. The reason Big Ben probably doesn’t stay as healthy, you’re not asking Drew Brees and Aaron Rodgers to take the hits that Big Ben can take. You’re not asking a lot of these guys you like that can sit in the pocket who can take the hits.

“As a defensive guy, when I see my quarterback taking them hits, knowing [a defender is] coming down the pipeline and you got to throw that ball on the straight and narrow, that makes me want to play with you even more,” Taylor continued. “The guys you like are not as physical. Big Ben is what Pittsburgh needs at quarterback. He’s hard-nosed. He’s blue collar. I couldn’t ask Aaron Rodgers to play over there. I couldn’t ask Drew Brees to play over there. That’s not the mystique of the city. The city is blue-collar people.”